Image: Esa Alexander ANC chief whip Pemmy Majodina says people want parliament to be about them and their needs, and not about politicians.

While ANC chief whip Pemmy Majodina pledged enhanced oversight of the executive arm of the state in the new parliament, she spent a great deal of her speech on the importance of respecting the office of the president.

Majodina opened the debate on President Cyril Ramaphosa's state of the nation address on Tuesday morning with an appeal to MPs to uphold the constitution by ensuring that parliament was able to fulfil its constitutional obligations without fear, favour or prejudice.

She said the ANC in this 6th parliament would like to see enhanced oversight, more dynamic contact with constituencies and passing of legislation that will lift the millions of South Africans out of poverty and unemployment while narrowing the inequality gap.

Majodina called on parliament to focus on strengthening the democratic state, a state that is embedded in networks with social partners, but at the same time autonomous and not susceptible to capture.

"It is imperative that as we start our journey as the 6th parliament, we all understand our roles which are clearly defined in the constitution ..."

Majodina said she was raising the matter based on the concerns that people expressed in interactions over the past few months that they want parliament to be about them and their needs, and not about politicians.

"Indeed, the people have given us a mandate to restore the dignity and decorum of this institution," she said.

Majodina said they will work tirelessly to restore the integrity and esteem with which parliament is held by the people. She said the responsibility placed by the constitution on parliament required that MPs conduct themselves in accordance with the highest values and principles.

"We want to make a case to the members of parliament and the people of SA that in our conduct, we must accord respect to the office of the president as fulfilment of an important constitutional obligation.

"Let me hasten to emphasise that we are not raising this matter in order to restrict criticism of the executive or to suppress robust debate in parliament. Neither are we raising this principle in relation to the incumbent occupying the office," she said.

Majodina explained the difference between robust debate and undermining a person's human dignity and denigration of a constitutional office.

"In fact, the very first founding principle of the Republic of SA and the first right protected by the constitution under the Bill of Rights is the value of human dignity. 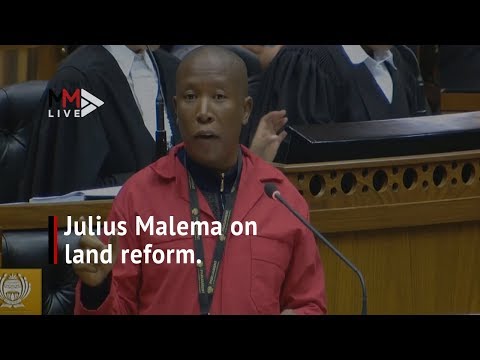 "We come from a painful past in which the dignity of the majority of our people was assaulted daily by a system of racial and patriarchal oppression," she added.

"We therefore appeal to the members of parliament that in the manner we address the president and members of the executive, we accord them the right to human dignity and respect for their offices. Equally, we expect that the executive will reciprocate that respect to parliament and honour its obligations to this institution, as we are equal arms of the state," said Majodina.

"We are confident that all the parties represented here do respect the outcome of the democratic elections and will allow us the space to govern; while they play their role to hold our government to account. If some among us wish to undermine the constitution by rendering parliament ungovernable, or vilifying the institutions of our democratic state, we will take decisive measures to strengthen legislation and the rules of parliament in order to protect these institutions of our people."

Majodina said ANC members will not descend into the arena of childishness and political vulgarity no matter how much they are provoked.

"Yes, we will engage in the battle of ideas and we will advance superior arguments, informed by facts and evidence, and our ideological grounding; rather than rhetoric or insults.

"We challenge our colleagues from other parties to help us profile our debates in these houses of parliament as a festival of ideas," she said.