Ramaphosa stands firm on his Sona dream: 'It's time to confront reality' 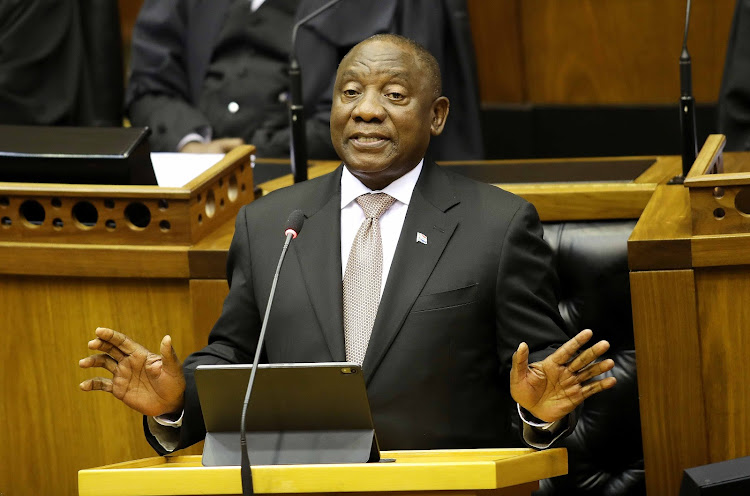 President Cyril Ramaphosa has brushed aside attacks from opposition parties over his dreams of a new "smart city", telling MPs to accept the reality of rapid urbanisation.

Replying to Tuesday's debate on the state of the nation address (Sona) on Wednesday, Ramaphosa told MPs to accept that existing South African urban centres and their infrastructure could no longer cope with the current rate of urban migration.

This comes after opposition party leaders, including the DA's Mmusi Maimane and Julius Malema of the EFF, accused Ramaphosa of delivering a poor Sona last week, arguing that it presented empty dreams with no tangible plans to achieve them.

But the president stuck to his dreams, even resorting to the Bible to get the opposition leaders and others in society to rally behind his vision.

Ramaphosa said current projections were that existing cities would need to accommodate an additional 10-million people in the next 11 years.

The president also revealed how his controversial dream of a smart city found its way into his speech. "In preparing for the Sona, I mentioned my wish to talk about a completely new city with skyscrapers, schools, hospitals and universities. This is what I talked to my staff about. I was advised to put that in the 'dreams' section of the Sona, but it actually belongs in the main section of the Sona on a future and desired reality that we want," he said.

EFF leader Julius Malema has launched a scathing attack on President Cyril Ramaphosa, asking what did former president Nelson Mandela "see in him ...
Politics
2 years ago

"The ideal for major urban centres is that your poor must live in the city. They need to crowd the cities. Apartheid spatial planning threw our people completely out of the cities and city space has now been taken by a whole number of other developments.

"We now need to imagine a future where our people are going to live. Every successive wave of people coming to our cities live further and further away from the centre - far away from jobs, services and transport infrastructure. This situation is not sustainable and unless we find effective solutions, it's only going to get worse. It's time to confront reality."

Ramaphosa hit back at DA leader Mmusi Maimane for saying that giving tablets to schoolchildren was a poor way of preparing them for the fourth industrial revolution.

"The fourth industrial revolution is being driven by tablets, my dear man ... You can't do coding, all those things, without a gadget in your hand - and that's what we're giving our children," Ramaphosa told Maimane.

Turning to criticism that his Sona lacked a clear economic blueprint, Ramaphosa appealed for patience and co-operation from all sectors of society.

"There are no shortcuts. There are no quick fixes. If ever there was a notion that you know we would have a magic wand and change the trajectory of our economy overnight, I should disappoint you: it's not going to be the case. It's going to take time. It's going to take a great deal of effort. We have embarked on a journey and I would like us to take this journey together," he said.

Responding to a report by the auditor-general on the poor state of financial management at local government level, Ramaphosa said the government would step up efforts to clean up municipalities.

"Through interventions like the national clean audit task team, under the Hawks, we're serious about the cleaning up of municipalities so that they can fulfil their primary mandate - not to adjudicate tenders but to deliver service to the people of our country," he said.

Concluding his speech, Ramaphosa quoted the book of Proverbs. "Where there's no hope, the people perish," he said, before adding: "My take is, I don't want South Africans to perish; let's have a vision."

Members of the opposition parties were quick to criticise the president.
Politics
2 years ago

EFF MPs on Tuesday walked out of the National Assembly, saying they were not prepared to be addressed by a "constitutional delinquent" - referring to ...
Politics
2 years ago