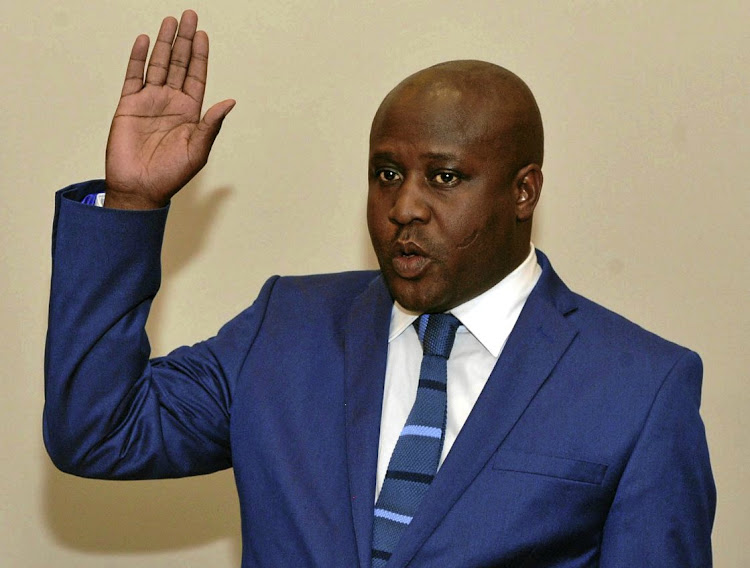 It took the multi-party home affairs portfolio committee 26 minutes to elect ANC MP Bongani Bongo as its chairperson following objections and counter-objections over his candidacy.

Never before has election of committee chairpersons been such a big deal, the exercise is normally a dull affair that is dispensed within a minute or two. But the ANC's decision to field candidates, some of whom are implicated in the ongoing state capture commission of inquiry, raised the stakes and was met with disdain not only in parliament but from civil society and the general public.

On Tuesday morning, several national assembly committees sat for the first time in the sixth parliament to elect their chairpersons, including the committee tasked with holding home affairs to account.

Bongo was nominated by ANC MP Musa Chabangu, which was seconded by another ANC MP Tidimalo Legwase. He then accepted the nomination.

The DA's Joe McGluwa nominated his DA colleague Angel Khanyile, but this was not without drama.

The committee spent 16 of the total 26 minutes spent on elections around McGluwa's nomination, his approach and whether it was acceptable.

ANC MPs have closed ranks around controversial former minister Faith Muthambi after the DA attempted to block her election as the new chair of ...
Politics
2 years ago

McGluwa began: "I am actually shocked that Honourable Bongo has accepted the nomination..."

ANC MPs objected, calling on the parliamentary official who was presiding over the election to disallow his approach, accusing him of grandstanding and performing for TV cameras.

Time and again McGluwa sought to first reflect on Bongo's past conduct and fitness to hold the position of committee chair, but each time ANC MPs raised objections saying the meeting was not the occasion.

He argued that the committee shouldn't stifle debate and if it heard his "motivation" against Bongo even ANC MPs may change their minds and vote for the DA candidate.

"Why are ANC MPs scared. If they have nothing to hide, they don't have to be scared," he charged.

The DA's John Steenhuisen says the party will be taking action by laying complaints with parliament’s ethics committee.
Politics
2 years ago

In the end, voting by a show of hands, six ANC MPs voted for Bongo, while two DA MPs and the IFP's Liezl van der Merwe voted for Khanyile. The EFF abstained.

Bongo thanked his colleagues for entrusting him with the position promising to preside over the committee in a fair and orderly manner that will enhance the work to be done for the people of this country.

"As a chairperson I do promise that we will assist in terms of the oath that we have taken in the house that we need to uphold the constitution of the republic and all other laws of the republic."

He however warned that he will take exception to MPs "stalling meetings for 10 minutes" while "the majority of South Africans want us to deliver".

Bongo is accused of trying to bribe a former parliamentary employee Ntuthuzelo Vanara, who was the evidence leader of the parliamentary inquiry into the capture of Eskom, Transnet and Denel.

In October 2017, Vanara submitted a sworn statement to the ethics committee that Bongo offered him a "blank cheque" if he would suppress the investigation. Bongo denies the allegation.