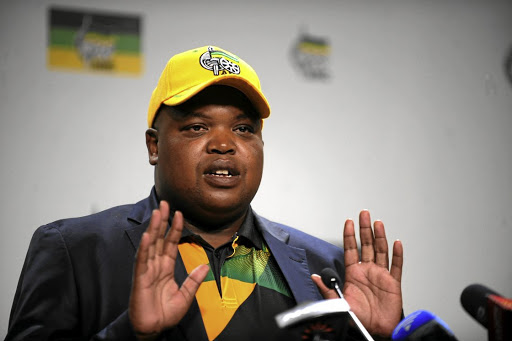 Embattled ANCYL president Collen Maine has resigned as a member of parliament.

Maine told TimesLIVE that he was leaving parliament due to "private matters", but he wouldn't elaborate or discuss his future plans.

Maine was sworn in alongside all newly elected members of the National Assembly on May 22.

Because of his seniority in the ANC, there were expectations that he would be named among President Cyril Ramaphosa's executive or, at the very least, be given a senior position in parliament. But that did not happen.

Instead, the party deployed him as an ordinary member of the public service and administration portfolio committee.

A member of the troubled African National Congress Youth League (ANCYL) has instructed his lawyers to demand that the ANC national executive ...
Politics
3 years ago

In recent weeks, ANCYL members have called for Maine and his executive in the league to step down and allow fresh blood to take over.

He has dug in his heels, saying he wants an opportunity to report back to youth league members on his executive's achievements and failures, and also to offer advice to the league's new leadership.

The office of the ANC chief whip confirmed the resignation of Maine and another MP, Zukisa Faku.

ANC chief whip Pemmy Majodina extended the party's gratitude to the duo "for their distinguished service" as public representatives.

Faku resigned under pressure after the party dropped her as a nominee to chair the basic education portfolio committee. The ANC was put under pressure to drop Faku by lobby group Equal Education, which charged that a convicted fraudster was not eligible for such an important position.

Former president Jacob Zuma has urged the youth of the ANC to use next year’s National General Council (NGC) to reignite the fight for economic ...
Politics
2 years ago