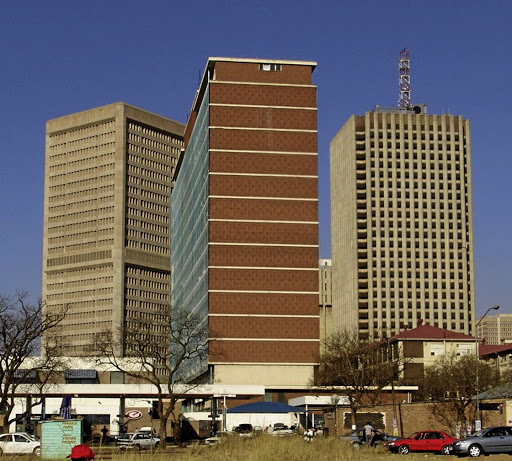 Millions of rands have been spent on refurbishing Telkom Towers in Pretoria.
Image: Supplied

Five years after buying the Telkom Towers in Pretoria as the new headquarters of the SAPS, the police are yet to occupy the building, and the cost has ballooned from R650m to R1.6bn.

This while police minister Bheki Cele is "squatting" somewhere without an office and  other police staff and senior managers are stuck at the old, "completely overloaded" and "condemned" buildings of Veritas and Wachthuis in the Pretoria city centre.

Public works minister Patricia de Lille revealed this at a press conference in parliament on Wednesday, before tabling her spending plans and priorities for the 2019/2020 financial year.

De Lille said following a meeting with Cele on Tuesday, she had resolved to withdraw a team of senior managers from her department, the SAPS and the Development Bank of Southern Africa from further involvement in the Telkom Towers project.

The services of a private property manager would be enlisted to see to it that the SAPS moved into its new office by the end of April 2020.

De Lille said while the Telkom Towers complex remained empty, the SAPS was spending up to R500,000 a month to secure the building.

"The police are still not inside the building. Over and above that, the police are providing private security to guard these buildings at a cost of between R400,000 to R500,000 per month.

"So we're looking to find a quick solution there. So in agreement with the minister of police yesterday, we've agreed to withdraw immediately all the staff of the department of public works, the police that are involved in this project, and we'll seek the service of an outside project manager to take over the management of this project," said De Lille.

"It's not that the department has done nothing about the delay in delivering this project. The DG [director-general] did start an investigation. The investigation has been delayed because the CEO of DBSA [Development Bank of South Africa] has not been forthcoming with information, because the DBSA is actually the implementing agent on behalf of the department. I'll be raising this issue with the chairperson of the board of DBSA," De Lille said.

The new minister of public works said she, along with all senior officials of the department, would be subjected to lifestyle audits between August this year and June 2020.

De Lille also reported that the Special Investigating Unit was probing 2,325 matters related to fraud and corruption within the departments, including civil claims to recover monies lost to maladministration amounting to more than R403m.

She said they were also seeking to recover a further R135m related to the Nkandla scandal.

Turning to alleged irregular appointments in the department, De Lille said the Public Service Commission was finalising a report on the "irregular" appointment of 677 employees, including high-ranking officials.

"They have so far submitted the first phase of their report and it has found that 11 of the 37 senior management staff members were irregularly appointed and they recommend that the appointments be set aside.

"In the second phase they've identified about 143 irregular appointments and they're now busy with the last phase," she said.

The DA can now freely say it “fired” Public Works minister, Patricia De Lille, from the party after it successfully challenged an Independent ...
Politics
3 years ago

It would be 'irrational' to reappoint McBride as Ipid boss: Cele

They're meant to protect and serve, but more than once SA's civil servants were caught at their worst moments in 2018.
News
3 years ago