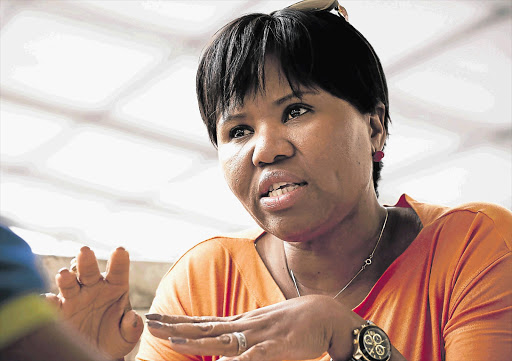 The government is to spend R68m to investigate social grant fraud.

Social development minister Lindiwe Zulu “strongly” condemned criminal syndicates, whom she said exploited the vulnerability of people without shame and undermined the government's efforts to tackle poverty. She was delivering her department's budget in parliament on Thursday.

The government suspended 2,800 social grant accounts that it had identified as being potentially fraudulent early this month. This while the chief executives of both the South African Social Security Agency (Sassa) and the post office investigate the suspected fraud including complaints from social grant beneficiaries received in the last 18 months.

Zulu said in this regard, she and communications and digital technologies minister Stella Ndabeni-Abrahams were expecting a comprehensive report and action to address this matter.

The South African Social Security Agency (Sassa) has put a "stop payment" instruction on 2,800 social grants accounts it has identified as being ...
News
2 years ago

The R68m allocation for the investigation of social grant fraudulent activities was just for the current financial year, said Zulu. It is not clear who will be doing the actual investigation.

Zulu said her department was improving social grant beneficiaries’ experience by, among other things, ensuring that payments were done through multiple access channels such as the post office outlets, cash pay points, retail stores and automated teller machines. “Most importantly, we will remain vigilant more than ever before to ensure that social grants are paid to eligible beneficiaries njalo (all the time).”

Of the department's R184bn allocation for the current financial year, R175bn, which constitutes 94.8% of the department’s budget allocation over the medium term expenditure framework period, is a direct transfer to social grants beneficiaries. Zulu said expenditure on this programme increased at an average annual rate of 7.6%, from R162.9bn in 2018/19 to R202.9bn in 2021/22. The department will transfer R212m to the NDA and R518m of the early childhood development conditional grant to provinces. The balance goes to the department and Sassa for administrative costs.

The government extended social grants from two million beneficiaries in 1994 to over 17 million. Of this number, 12.5 million receive child support grants, 3,5 million old age grants and just over one million people disability grants.

“These are the ANC government’s achievements worth noting,” said Zulu.

She spoke about how the democratic government had inherited a fragmented and discriminatory social security system that catered for a few along racial lines. “Twenty-five years down the line, we have not only eliminated the barriers that excluded the majority of our people, but we have also extended coverage to the most vulnerable in our society,” she said.

Zulu noted that for two successive financial years, the social assistance programme had shown growth, with total uptake increasing by 1.7 % between 2017/18 and 2018/19, while the older persons grant grew by 3.8% and the child support grant by 1.5%.

Zulu revealed that she held her first meeting with MECs on Wednesday, where they unanimously agreed on certain priority areas over the MTEF period.

These include'd fighting the scourge of alcohol and substance abuse, child abuse, neglect and exploitation and gender-based violence.

Zulu said they would also seek to improve the provision of developmental welfare and community development services to deliver better results for the most vulnerable.

“We have committed ourselves to clean governance and administration that create a sense of certainty to deliver our services timeously and with honesty,” she added.

All government departments must understand their roles in social development: Lindiwe Zulu

Department of social development minister Lindiwe Zulu emphasised the importance of collaboration by various government departments to ensure a ...
News
2 years ago

A pre-dawn raid in a Pietermaritzburg suburb resulted in the arrest of five people allegedly found in possession of 250 social grant cards.
News
3 years ago

An alleged Limpopo loan shark accused of confiscating the cards of social grant beneficiaries was released on bail on Friday.
News
3 years ago