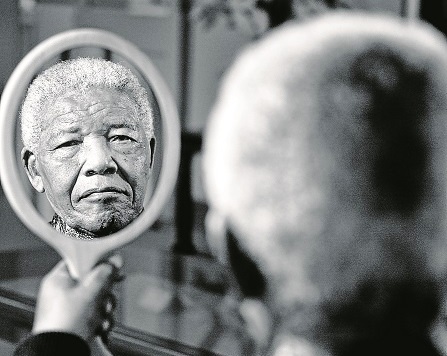 Politicians should follow in Nelson Mandela’s footsteps “by submitting themselves to accountability processes whenever their conduct is under the scrutiny of constitutional institutions”.

That is what public protector Busisiwe Mkhwebane said in a statement on Wednesday, appealing to members of the government’s executive.

“Even when his (Mandela) own supporters saw his appearance in court as humiliation, president Mandela was not offended. Instead he saw his attendance of the proceedings as a sign of respect for the administration of justice.”

Mkhwebane referred to Mandela taking the stand in the Pretoria High Court in 1998 to testify about his decision in 1997 to establish a commission of inquiry into the South African Rugby Union (Saru) to look into alleged racism, corruption and nepotism.

Mkhwebane said some of those she has investigated have “objected fiercely to being held to account and, instead, sought to discredit her office in the eyes of the public”.

“I have found this to be problematic. One hopes that one day sanity will prevail and that people will in the end understand that we are all equal before the law as the Constitution tells us,” Mkhwebane said.

'Unpalatable' for key functionaries to fight in the courts: Cyril Ramaphosa to Public Protector

President Cyril Ramaphosa has gone to court in a bid to stay Public Protector Busisiwe Mkhwebane’s order that he take “appropriate disciplinary ...
Politics
2 years ago

TimesLIVE reported on Tuesday that Ramaphosa has gone to court to stay Mkhwebane’s order that he must take “appropriate disciplinary action” against Gordhan over the early retirement granted to ex Sars boss Ivan Pillay. Ramaphosa said in his court papers filed at the Pretoria High Court on Monday that Gordhan’s legal challenge to the first of two adverse reports made against him by Mkhwebane was not “frivolous”. The president said he could not make any decisions until Gordhan’s legal review of Mkhwebane’s report.

Ramaphosa wants an order stating that he complied with Mkhwebane’s remedial action by providing her with an implementation plan of action he would take, which she ordered him to provide. This comes after Mkhwebane accused him of not upholding the constitution, which Ramaphosa denies.

Gordhan goes to war, and 5 more highlights from this week's Vrye Weekblad

EFF bid to block Gordhan's speech 'one of the lowest points in our democracy': Madonsela