More than 30! That's how many times Zuma failed to answer questions at state capture inquiry 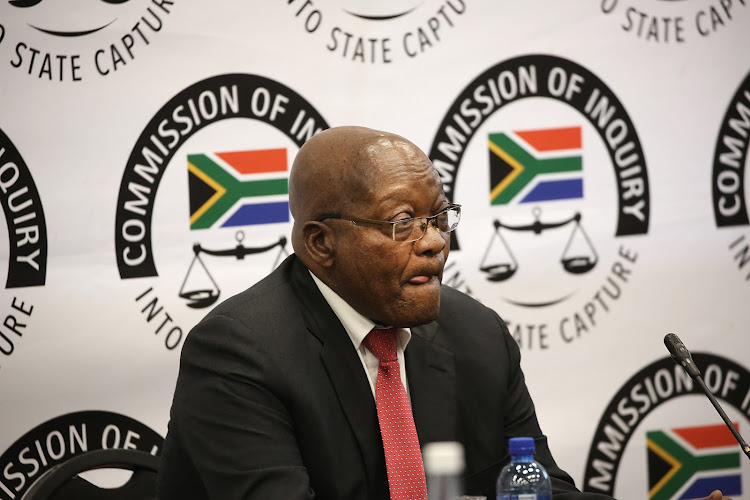 How many times did former president Jacob Zuma respond to questions at the state capture inquiry with "I don't know", "I don't remember" or "I'm not sure"? We counted. During his testimony from Monday to Wednesday last week, he denied knowing the answers to 36 questions.

Last week, the former president dominated news headlines when he appeared before deputy chief justice Raymond Zondo at the commission in Johannesburg. He was expected to, among other things, respond to allegations levelled against him by nine witnesses, including former public enterprises minister Barbara Hogan and former GCIS CEO Themba Maseko.

He quickly earned himself the name "president in absentia" for not being able to answer questions put to him by evidence leader Paul Pretorius and Judge Zondo.

Among many other questions, Zuma was asked about the event which led to the redeployment of Maseko from GCIS to director general at the department of public services.

Maseko told the commission that this resulted because of his refusal to heed the requests of Ajay Gupta, which would have seen him benefit unduly from government. Zuma denied this, claiming there had been a "shifting of other executives" and Maseko was not the only one to be redeployed.

Zuma denied instructing late minister of public service and administration Collins Chabane to move Maseko. "The minister Chabane had said he wanted to transfer Maseko, but I can't remember the details."

Maseko alleged that Chabane, mandated by Zuma, redeployed him.

When Jacob Zuma made his dramatic appearance at the Zondo commission into state capture last week, South Africans resorted to their favourite sport ...
News
3 years ago

Former president Jacob Zuma has changed his mind, now agreeing that he will continue to give evidence to the state capture inquiry - but it will be ...
Politics
3 years ago

Former president Jacob Zuma threatened enemies in the African National Congress (ANC) on Friday, after securing a concession on how he is questioned ...
Politics
3 years ago

'We will never forsake him': MK veterans rally to Zuma's side in 'war'

Supporters of Jacob Zuma have likened their support for the former president to a war with enemies in the ANC who are bent on pushing them out of the ...
News
3 years ago