The EFF will appeal against the high court interdict that, for now, has halted the public protector’s remedial action against public enterprises minister Pravin Gordhan.

“We are not surprised by this decision, which is why we had already declared on the day of proceedings that we shall be going to the Constitutional Court. This is because we had realised how visibly irritated judge Sulet Potterill was, when the black lawyers who were exclusively arguing against the exclusively white lawyers of Jamnandas [Pravin] Gordhan, [President Cyril] Ramaphosa, and all who wanted the interdict,” EFF spokesperson Mbuyiseni Ndlozi said on Monday.

“The judge was very pleased, and always willing to listen and hear the arguments of all those whites, while showing irritation, to the extent of constantly interrupting the black lawyers. In the proceedings, it was as if those black lawyers did not belong in that court.”

Gordhan had lodged an urgent application supported by Ramaphosa. 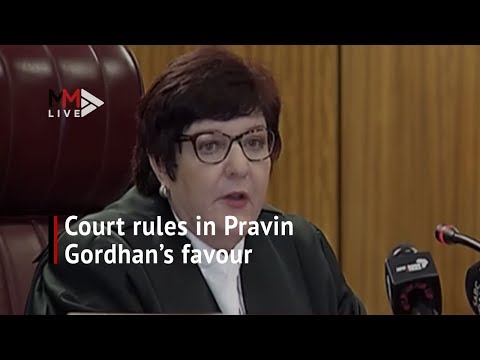 Potterill found Mkhwebane’s office would suffer no harm if the interdict was granted, but Gordhan would if the remedial actions were implemented.

Mkhwebane found Gordhan violated the constitution when he established an intelligence unit at Sars and that he deliberately misled parliament about meeting the controversial Gupta family.

Mkhwebane had directed that:

Ndlozi said the EFF believed the interdict “essentially shuts down what is a constitutionally created institution”.