Cape Town does more for homeless than any other city, says mayor Plato 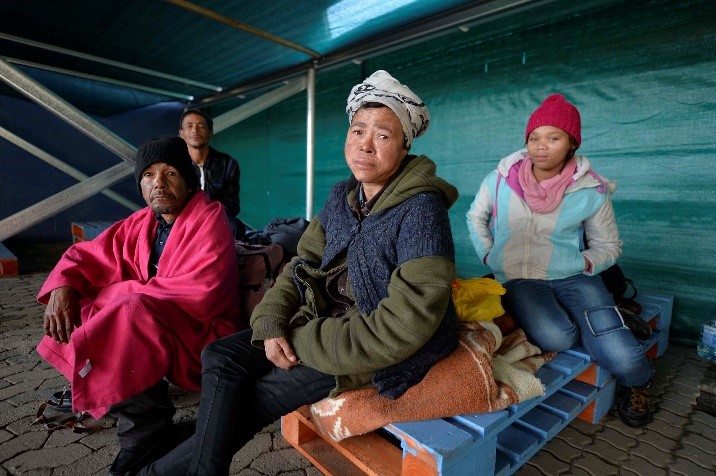 Some of the homeless people who have moved into the Cape Town ‘safe space’ under the Culemborg Bridge. Mayor Dan Plato says there is no reason for anyone to sleep rough or to set up illegal structures on sidewalks as there are beds available in shelters.
Image: City of Cape Town

Opening a council meeting on Wednesday, Plato said the opposition ANC in Cape Town tried to paint the city as one that does not care for its homeless.

"The complete opposite is actually true – we do more to protect, assist and help our homeless than any other city in this country," he said.

A month ago, the SA Human Rights Commission (SAHRC) said it wanted an urgent meeting with the city council after receiving "hundreds" of complaints that the enforcement of street by-laws had resulted in homeless people being fined.

There are more than 6,000 people living on the streets and in shelters in Cape Town – most of them men.
News
2 years ago

"Where is a proper policy on homeless people that does not violate the dignity of homeless people?" SAHRC commissioner Chris Nissen asked at a media briefing after he visited people living on the streets.

Plato said the homeless community included criminals hiding from the law. "There is no place for aggressive begging or drug selling, or smash-and-grabs – law enforcement have identified and arrested a number of criminals who try to hide among the homeless," he said.

"We have laws in this country and it is our duty to uphold those laws, no matter who breaks them. There is no bylaw just for homeless people, that is absolute nonsense.

A small group of protesters dragged a sheep to the provincial legislature on Thursday to protest against the fining of homeless people in Cape Town.
News
2 years ago

"There is no reason to sleep on the street or to set up illegal structures on sidewalks – there are beds in shelters - they are not full but some of those who should be making use of the shelters flat out refuse the services available."

"In this city we follow due process, no matter how challenging or difficult that may be, because that is the only way to ensure good governance and a corruption-free administration."

City of Cape Town city authorities have drawn sharp criticism recently, and been accused of harassing people who live on the streets, in particular ...
News
2 years ago

EFF leader Julius Malema has added his voice to the outcry over the alleged mistreatment of homeless people in Cape Town, saying it is anti-black.
Politics
2 years ago

The City of Cape Town is dominating conversation on Twitter following a report that they will be fining the homeless for the obstruction of ...
News
2 years ago