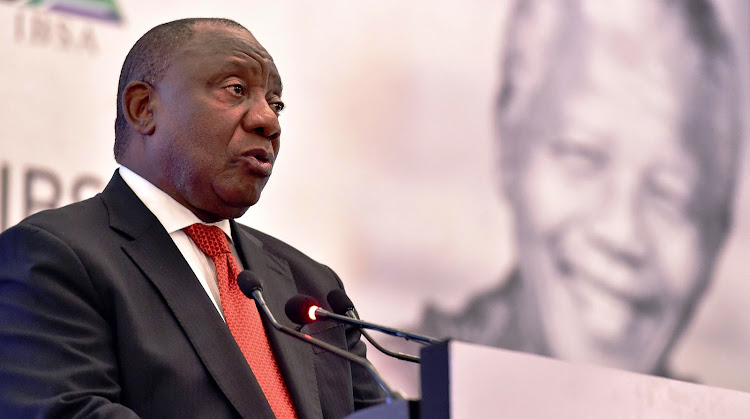 The presidency has maintained its position that President Cyril Ramaphosa was not captured "in advance" by those who offered donations to his CR17 ANC presidential campaign. This follows a scathing report by News 24, which claimed the president knew who the donors were.

Speaking to eNCA on Monday, the president's spokesperson, Khusela Diko, denied claims made in the report, saying there was nothing sinister about their intentions, as they were all contributing towards rebuilding the ANC and the country. No favours were expected in return.

"Why the campaign took a decision to keep the day to day information away from the president was largely because they did not want such an obligation created on the president.

"No one has come to us at any point in time to say, 'I was promised this and the other for donating to the campaign'. It was people who really believed in the vision and the collective (we) were advancing, and it is on that basis that we're saying maybe we should have a conversation on whether campaign funding should be made public."

Diko would not be drawn on who within the ANC was responsible for leaking emails which have implicated Ramaphosa, but expressed concern that public protector Busisiwe Mkhwebane kept the president in the dark about them being part of the evidence in her report on the issue.

" Such evidence was never presented to us, and suddenly you have these emails surfacing on social media. These have not been put to the president and have not formed part and parcel of his response to the public protector's report."

Black First Land First (BLF) has called on the ANC to immediately suspend Cyril Ramaphosa as the party's president and remove him as head of state.
Politics
3 years ago

President Cyril Ramaphosa has sent back the ministerial handbook and instructed his ministers to trim more fat in a bid to curb excessive spending.
News
3 years ago

Political analyst and constitutional expert Professor Shadrack Gutto believes President Cyril Ramaphosa must apologise to the nation for the ongoing ...
Politics
3 years ago