Treasury officials were 'pressured' to pay R30m to Gupta-linked firm 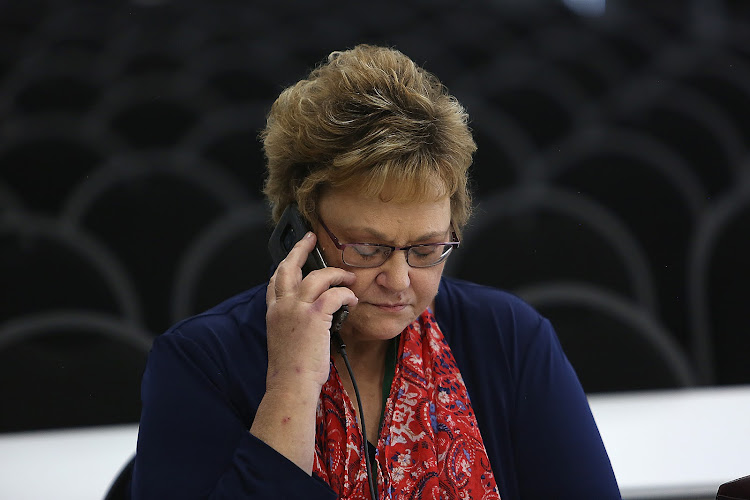 This is according to former Free State treasury deputy director for financial governance, Anna Fourie, who told the state capture inquiry on Monday of an instruction handed to her by Dlamini in 2012, when the controversial Vrede dairy farm project was established.

Fourie, who retired from the provincial government in 2018 after almost 40 years of service, said she was at a farewell event for a colleague on June 15 2012 when she was approached by her boss, then provincial treasury chief executive, Humphrey Kgomongwe.

She said Kgomongwe told her to help two other colleagues to conduct a financial assessment on payments needed by the department of agriculture.

President Cyril Ramaphosa said he had personally raised the issue of the Guptas' Waterkloof landing with Tony Gupta at a meeting with the ANC in 2016 ...
Politics
2 years ago

"It was a very urgent payment that needed to be done on that same day. He requested that we go to the office and do the assessment. The amount requested to be paid was R30m. We waited for [Dlamini] to come to the venue with documentation to be assessed," she told the commission.

Fourie, two of her colleagues and Dlamini then proceeded to the treasury offices late in the afternoon.

"The documents contained the normal payment advice that departments use to prepare payments to be processed as well as an agreement between [the department of agriculture] and Estina. I realised it was a huge amount, so the first document I then looked for was the financial report which indicates the budget and expenditure already occurred and commitments. That report was not attached to the documentation provided to us," she said.

"I looked at the content of the agreement that was provided. When I browsed through that one I realised in terms of the content, there was a sentence that stated Estina submitted a proposal on May 15 2012. From that, I then asked Dlamini if it means there was not a tender process followed and it was done based on the proposal, which she confirmed.

"There was also no deviation approval. I said should the payment proceed, it would result in irregular and wasteful expenditure. I also asked if there was a feasibility study done for the project. That was also not available to us."

The department needed a R30m hand-written cheque from Treasury to pay Estina.

"It was at that time I saw we were going to have some difficulty so I phoned our CEO and said I could foresee a problem," Fourie said.

"We had less than R6m in the provincial revenue fund bank account. I indicated to [Dlamini] there was no possibility that treasury could pay R30m."

After the payment was refused, the department of agriculture launched a provincial policy intervention known as "Mohama Mobung", which was aimed at revitalising the Free State agricultural sector through investments in various initiatives. The Vrede dairy farm was identified as a flagship project to realise such intervention.

It was intended to uplift the Vrede community, through sustainable job creation opportunities. About R30m from Mohama Mobung was diverted to Estina for the project.

On Tuesday the commission will continue with other evidence relating to the Vrede dairy farm.

Following key testimony at the state capture inquiry, Loliwe Ngwenya, 29, has hope that her family will finally find out who killed her father.
News
2 years ago

A Free State government official told the state capture inquiry on Wednesday that he was not in the country when a document to accept a proposal by ...
Politics
2 years ago

The state capture inquiry on Tuesday heard how intended beneficiaries of the controversial Estina dairy farm project were duped by senior government ...
Politics
2 years ago