NHI is here to stay: Ramaphosa 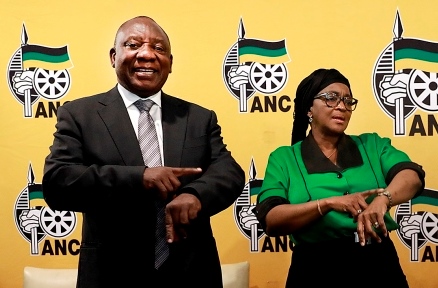 President Cyril Ramaphosa on Tuesday vowed that the National Health Insurance is here to stay.

Ramaphosa was speaking a week after health minister Zweli Mkhize made public the NHI bill, which has been the subject of a lot of criticism.

Most of the critics have pointed out a lack of clarity about its funding, questions over the future of medical aids and fear that health professionals and specialists would leave the country.

But addressing an ANC Women's League event, dubbed a "Conversation with the President" on Tuesday night in Johannesburg, Ramaphosa came out in full support of the NHI.

"I would like to say that the NHI is here to stay. Whether people like it or not, it's going nowhere," said the president to loud applause.

Earlier, while speaking about the economy, Ramaphosa said that his government would hold another investment summit in November.

He emphasised the need for investment, but cautioned that infighting in the ANC was chasing foreign investors away.

"They don't want to see us fighting among ourselves... They think that there is political instability and they walk away with their dollars and their euros and their pounds," said Ramaphosa.

He said his government was focusing the economy to ensure sustainable growth.

Ramaphosa said they needed to work together because where there is unity, there is growth.

Women will get more economic empowerment, and protection, from government: Ramaphosa

President Cyril Ramaphosa said on Thursday all government plans and budgets will have to include gender-specific delivery targets.
Politics
3 years ago