Ramaphosa's 'Khawuleza' model: everything you need to know

Here is what you need to know about Ramaphosa's 'khawuleza' model 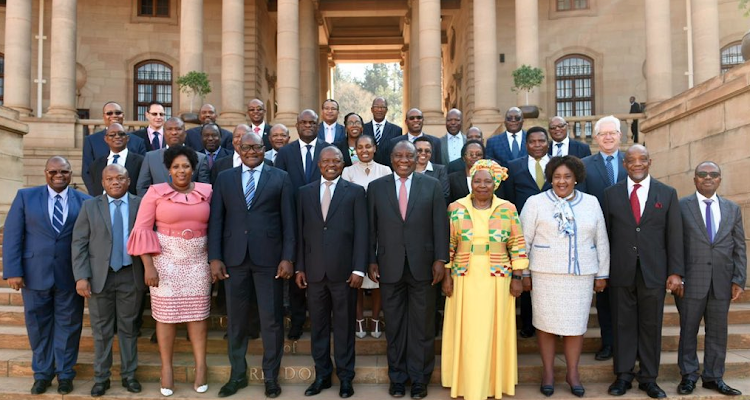 President Cyril Ramaphosa has called on government officials to “Khawuleza” and move with speed in delivering services.

“Khawuleza” which means hurry up  in isiXhosa, is the name for a new district co-ordination model which seeks to “improve the coherence and effect of government service delivery and development”.

Ramaphosa was addressing ministers, premiers, and mayors convening as the President’s Co-ordinating Council (PCC) on Tuesday.

According to Ramaphosa, “Khawuleza” will address monitoring and evaluation which has been inconsistent and at times vague.

He said some programmes and initiatives that had been rolled out were “not in sync with government’s overarching strategy, and were implemented on a piecemeal and silo basis".

“Monitoring and evaluation has been inconsistent and at times vague, resulting in us having no clear line of sight of what is needed, where it is needed, how it will be done and how much it is costing,”  Ramaphosa said.

He added that the new dispensation sought to change the face of rural and urban landscapes by “ensuring complementarity between urban and rural development, with a deliberate emphasis on local economic development”.

Shortcomings of the previous models

Ramaphosa acknowledged the shortcomings of the previous models, adding that was why there needed to be change, to “adopt an approach to development that is more practical, achievable, implementable and measurable”.

“The district-driven model is meant to turn plans into action, and ensure proper project management and tracking,” said Ramaphosa.

“National departments that have district-level delivery capacity will, together with provinces, have to provide implementation plans that specify exactly where programmes will be located and exactly when they will be implemented.”

Ramaphosa said the plans each district will develop should focus on:

“We must move with speed to finalise these budgets and programmes, get the necessary district co-ordination structures in place and attend to the stabilisation of our municipalities.

“We need to build alliances with business, labour and civil society at district and local level so that we can leverage the resources of all social partners to meet developmental needs,” he said.

Ramaphosa said he and his deputy, David Mabuza, would “soon be conducting district visits to get a first-hand sense of existing projects and their potential for being fast-tracked".

The new model will be piloted in the OR Tambo District Municipality in the Eastern Cape, at a time to be announced.

“We will also soon be convening the Khawuleza Forums in districts, which will be the building-blocks and co-ordination mechanisms for the new model.”

Ramaphosa said the District Co-ordination Model was not something he wanted to see in the distant future. “It is an imperative of the here and now, because we are racing against time to improve the lives of our people.

“We don’t just want our cities to be meccas of economic opportunity, but our towns, villages and townships as well,” he said.

“We need to treat youth unemployment as the crisis that it is, and we have therefore developed a multipronged approach to bring young people into the world of work in far greater numbers.”

The president also announced that a project management office in the presidency was being established which would set up a war room to co-ordinate the different interventions.

“We will require all government departments and state institutions, including at the provincial and local levels, to support the mapping of existing youth work-seeker support services, infrastructure and facilities,” he said.

This will be coupled with the development of a forecasting model for jobs and opportunities across different growth sectors, jobs summit commitments and government programmes.

Ramaphosa said the PCC will be indispensable in driving the vision of a more joined-up government which will give “full meaning to co-operative governance as set out in our constitution”.

The President’s Coordinating Council (PCC) has endorsed a new district-based model for development that will synchronise planning by all spheres of government and involve citizens and civil society in the development of South Africa’s 44 municipal districts and eight (8) Metros. pic.twitter.com/l1NQltdAf8

Ramaphosa will not provide explanations for every single CR17 payment — spokesperson

Diko says if the EFF's account of what happened is true, at least it proves Ramaphosa "to be a compassionate and caring person"
Politics
2 years ago

Sixty-four percent of South Africans think corruption increased in the past 12 months.
News
2 years ago

Jacob Zuma's testimony at the Zondo commission and his social media posts show he has not moved on from losing power, according to SACP first general ...
News
2 years ago