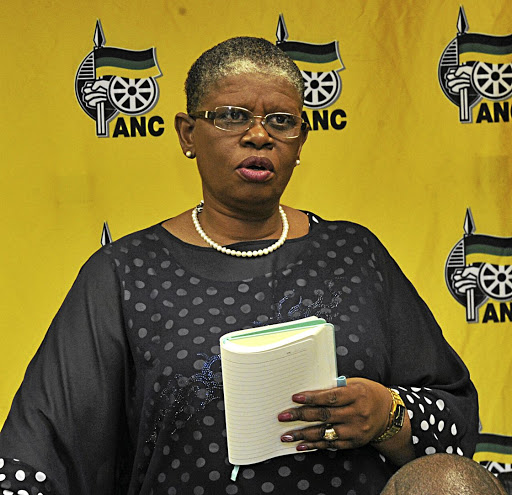 It appears that the ANC will uphold the decision to axe embattled eThekwini mayor Zandile Gumede and that she will be asked to resign today.

The ANC national officials yesterday met with KwaZulu-Natal party leaders who explained why they sacked Gumede who was asked to resign but later revoked her resignation, Sowetan reported.

In the ANC, people deployed to positions are asked to resign instead of being publicly fired as the belief is that this could cause tensions.

Party secretary-general Ace Magashule said yesterday people deployed to positions can be removed or redeployed as the ANC sees it fit.

"We are just happy that both comrade Zandile and the province have engaged amicably so and there will be further engagement tomorrow [today]," said Magashule.

He said the processes of electing Gumede's replacement, who's election and inauguration came to a halt after she withdrew her resignation last week, was above board despite concerns that it was not.

Gumede threw the party into a tailspin last week when she withdrew her resignation - a move which saw the inauguration of Mxolisi Kaunda as the new mayor being suspended.

This came after Gumede met with national officials to plead for her job back after the provincial executive committee (PEC) axed her for various reasons, including failure to deliver services.

She is also facing corruption charges, but the PEC maintained that their decision was not based on the pending charges.

Gumede is said to have also complained to Magashule that she had been treated unfairly in the process leading to her removal.

However, it appears that her complaint has fallen on deaf ears.

"There is no process which is flawed, the PEC of KZN discussed officials of the ANC and the officials in the province discussed and we even discussed names and all that and we are saying to you after our discussions this matter will be finalised tomorrow [today]," said Magashule.

"We are in KZN tomorrow to deal with this matter and after consulting the caucus and all that engaging them we will make our announcement."

According to Ntuli, the ANC KwaZulu-Natal leadership made a presentation to the party's national officials on their decision to recall Gumede as mayor. The top six would now deliberate on the matter and issue orders to the KwaZulu-Natal PEC on the way forward, he said.

"The PEC came here to present on the work it has done which is consistent with culture and tradition of the movement in that when we do something, we must always touch base with our national leadership to keep them informed," Ntuli said.