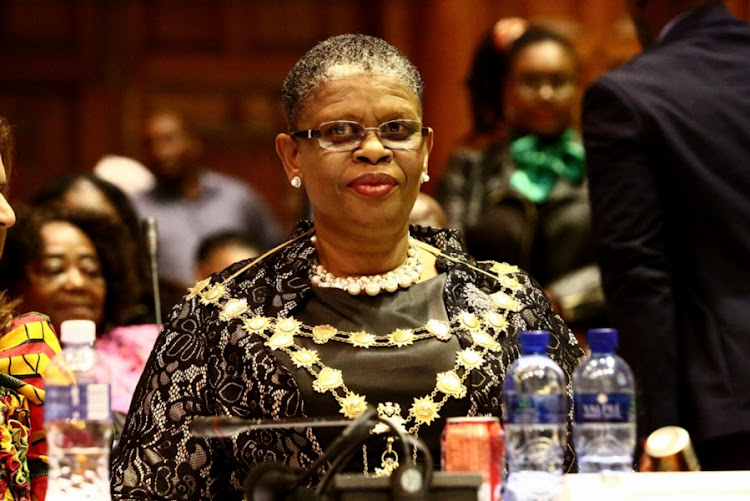 Zandile Gumede's removal as eThekwini mayor was more about the poor running of the municipality and less about the criminal charges she faces.
Image: Gallo Images / The Times / Jackie Clausen

ANC deputy secretary-general Jessie Duarte on Tuesday confirmed that Gumede and other senior party members had been removed from the powerful, decision-making executive committee (Exco). However, they will remain as ordinary councillors.

The ANC in KZN last month asked Gumede to resign. She did so on Monday last week, but later withdrew that resignation letter and sought an audience with party bosses at Luthuli House.

"In the best interest of the ANC and the metropolitan of eThekwini, we would agree that the Exco that has been requested to vacate their seats, vacate their seats as Exco. However, they remain as councillors within the metro," Duarte told journalists on Tuesday.

ANC SG Jessie Duarte speaks on what the party expects from the incoming mayor and his team while KZN Premier Sihle Zikalala provides reasons as to why the "collective" which includes #ZandileGumede were withdrawn from their positions. ⁦@TimesLIVE⁩ ⁦@SundayTimesZA⁩ pic.twitter.com/NxJLDpbdrx

She said the decision to remove Gumede and the ANC Exco members was about the general poor running of the municipality, and was "less about" the criminal charges being faced by the now-ousted mayor.

On Monday evening, secretary-general Ace Magashule confirmed that the ANC top six had met Gumede and KZN leaders over the impasse. He said that all sides had agreed to abide by whatever decision was taken following those consultations.

Duarte said on Tuesday: "We've agreed not to take disciplinary action against comrade Gumede. What we have done is sit with her and to understand her reasons [for withdrawing her resignation]. She gave us her reasons and we've accepted that. There was also anxiety on her part; she was unclear about what would happen to her.

"The reasons for her and Exco being removed have little to do with her arrest and much more to do with the general assessment of the performance of the municipality. She's accepted that."