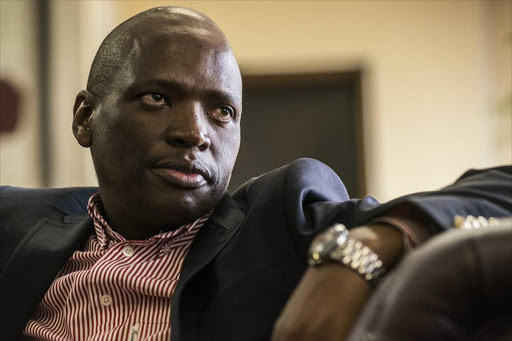 Former SABC chief executive Lulama Mokhobo said Hlaudi Motsoeneng took her to meet the Gupta family within a week of her appointment in 2012.

Gupta brothers Atul and Ajay allegedly lobbied her to allow them access to one of the public broadcaster's channels.

Mokhobo was testifying at the state capture inquiry on Wednesday.

"After I was appointed, [Motsoeneng] who was acting COO, came to my office and said: 'I have to take you somewhere very quickly.' He wouldn’t tell me where it was. We arrived at this massive house and I saw on the wall, Sahara Computers," she told the commission.

"I went in with Hlaudi. I do recall my phone and everyone else’s phones were taken and the batteries removed. We then went into a dining room where the people present proceeded to congratulate me. I think it was Ajay, Atul, Duduzane (Zuma) and Ace Magashule’s son (Tshepo Magashule).

"They promptly told me they would have liked to play a role in SABC’s DTT (Digital Terrestrial Television) future because they were interested in creating a news channel and they would hope I would allow them to get access to a channel … I saw it as a lobbying of sorts for them to be afforded an opportunity on SABC platforms at that time."

Mokhobo said agreements between the Gupta-owned The New Age (TNA) Media and the SABC were already in place when she arrived at the public broadcaster. The agreement revolved around the SABC's coverage of TNA's controversial business breakfast meetings.

"I am not very clear of the circumstances around which TNA started working with the SABC because that happened long before I started. A matter of concern when I arrived was that they were operating without a contract. They (TNA) were already delivering newspapers and live broadcasts were already happening," she said.

"In terms of the agreements, TNA was to provide - and it did - the venues, invite the guests and provide all the requirements that the SABC would need to broadcast the show. All of this TNA would do out of its own volition. The SABC’s role was to broadcast the events. There was going to be no exchange of money, SABC was not going to pay TNA any money whatsoever.

"I was told that the approach the news department had decided to adopt in partnership with TNA was to expose to the public what government was doing for the country. To that extent, the events seemed to be completely apolitical."

Mokhobo said she was not aware of the costs that the SABC incurred by broadcasting the business breakfast meetings.

The lack of government support in helping the trouble South African Broadcasting Commission was "demoralising", and the public broadcaster ...
Politics
2 years ago

There was a "serious state of decay" in the SABC's newsroom under its former management.
Politics
2 years ago