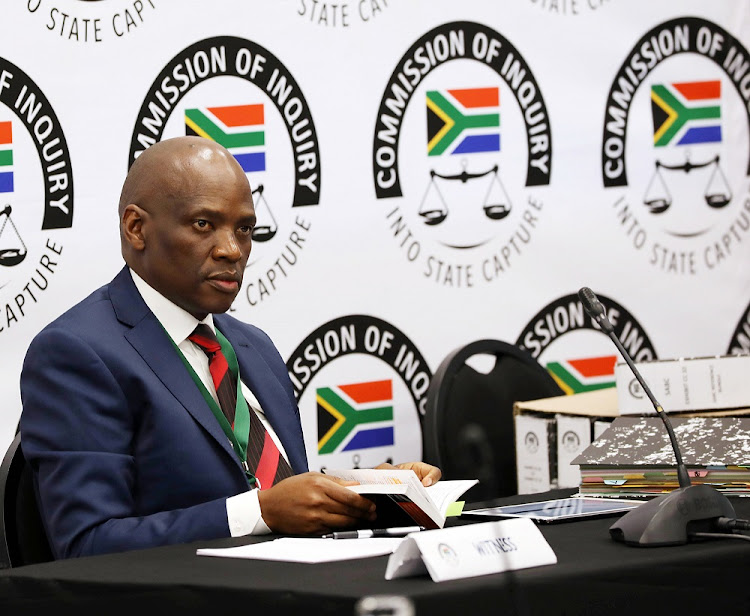 Testifying at the state capture inquiry for the third day, Motsoeneng said former SABC chief executive Lulama Mokhobo and then board chairman Ben Ngubane failed in their bid to get MultiChoice to sponsor a channel for SABC news.

Motsoeneng then asked to take a crack at the negotiations, according to him.

"I went and engaged them, it was not easy. We were fighting, because when I approached the CEO of MultiChoice, he said to me sometimes it seems like you are mad. I said it’s a good madness because it’s in the interest of the SABC.

'I know Zuma, but he's not my friend,' Hlaudi Motsoeneng tells commission

"That meeting didn’t go well. He left the meeting. Now I was in trouble, because I was not achieving what I wanted to achieve ... I had to find a way so that I could engage him again," he said.

In a second meeting, Motsoeneng said he proposed that MultiChoice host the SABC's 24-hour news channel on DStv as a pilot project, until the SABC completed its digital migration project.

MultiChoice agreed, hosting the channel and another called SABC Encore.

"When you talk about my legacy, it is those two channels and the employment of people," he said. Asked what was in it for MultiChoice, Motsoeneng said "nothing".

In 2015, it emerged that as part of the deal, the SABC undertook to back MultiChoice’s position on digital migration, which involved set-top boxes to convert the digital signal to analogue after migration not being encrypted.

Motsoeneng received an R11m success fee for concluding the negotiations, a matter which is now the subject of litigation.

The SIU believes it has amassed sufficient evidence for the referral of 11 criminal matters to the NPA related to alleged commercial crimes at the ...
Politics
2 years ago

Former SABC executive Hlaudi Motsoeneng says he feels insulted when claims are made that he lied about his qualifications.
Politics
2 years ago

Former SABC COO Hlaudi Motsoeneng has denied that the sacking of senior staff at the public broadcaster was because they openly defied his policies.
Politics
2 years ago