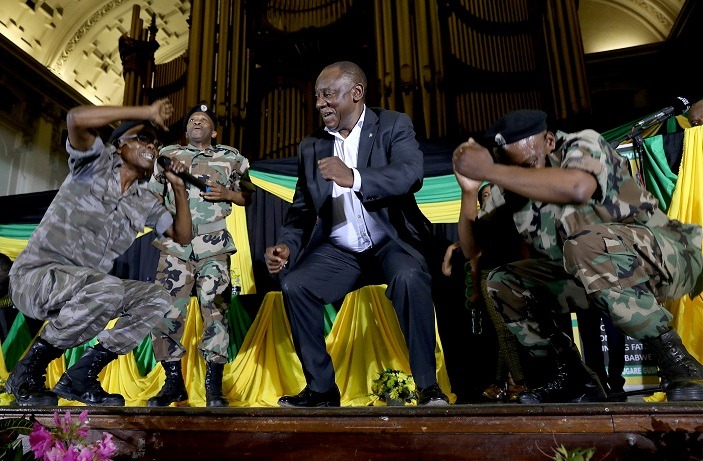 ANC president Cyril Ramaphosa has called for ANC members to put aside their personal interests for the greater good of the organisation.

Ramaphosa was speaking at a memorial for the late former Zimbabwean president Robert Mugabe, held in Pietermaritzburg on Friday. Mugabe, who ruled Zimbabwe for 37 years until he was ousted by his own army in November 2017, died in a Singapore hospital two weeks ago aged 95.

Ramaphosa told the audience that the interests of the ANC must be "more supreme" than their personal interests.

"We must confront the emerging tendencies of those who believe that they can be genuine cadres of our movement without sacrificing anything of themselves.

"There is no revolution that can succeed when there are people in leadership and the membership who are not prepared to sacrifice something and to subject themselves to the will and the wishes of their organisation," he added.

Ramaphosa hailed Mugabe as a pioneer of the movement for African liberation.

Mugabe's nephew, Patrick Zhuwao, said that his uncle was no longer a sad man because of the manner in which the ANC has honoured him.

"Comrade president, I feel that from wherever President Mugabe is watching from that he is no longer a sad man. I feel that the ANC has honoured him in a way that is befitting," said Zhuwao.

He was making reference to sentiments shared by his cousin Walter Chidhakwa, at Mugabe's funeral in Zimbabwe, on how Mugabe was sad in his final days.

Ramaphosa spoke at great length about immigration issues and the reasons for attacks on foreign nationals.

"It makes no difference whether the criminal is South African or a foreign national, the law should be applied with equal severity. As we deal with this issue of migration we cannot be intolerant. We cannot express our dislike and hatred to our fellow Africans. When we deal with it we say, 'Yes SA is open, but we want you to come in a regular manner.'

Before the memorial, Ramaphosa visited the homes of the late deputy minister of mineral resources, Bavelile Hlongwa, who was killed by a truck on the N1 at the weekend, and the Mpungose family whose four children were murdered, allegedly by their father.

He will also be attending Hlongwa's funeral at the Durban ICC on Saturday.

President Cyril Ramaphosa has described the late deputy minister of mineral resources, Bavelile Hlongwa, as a talented member of the national ...
Politics
2 years ago