Former public protector Thuli Madonsela has come out guns blazing, denying Duduzane Zuma’s claim at the Zondo commission that she did not give him a chance to comment before she released her report into state capture.

Madonsela spoke to journalists at the Brandvlei prison in the Western Cape on Tuesday when she attended the Ubuntu Learning awards ceremony at the prison. The initiative, a first of its kind, saw students from Stellenbosch University and prisoners “studying an intensive interdisciplinary short course together since March”.

“The aim of the Ubuntu Learning short course is to promote social justice and rehumanise learning through collaboration, community-building and connectedness,” the university said.

But the media’s interest in Madonsela’s response to former president Jacob Zuma’s son eclipsed the significance of the event.

“I thought that is what you want to know,” Madonsela responded when asked about Duduzane's testimony.

“Mr Zuma has told an untruth. The harsh word would be he has lied by saying I and the investigations team did not give him an opportunity to present his side of the story.

"Firstly, I am not an investigator, I was a public protector. So I was like a chief investigator. There was an investigation team, but I checked and ensured that, at all given times, anyone who was implicated - or anyone who had some information that could help us get to the truth - was approached and we got the truth.

"We were interested in what Mr Zuma had to say, given the fact that he was placed in the  ‘scene of the crime’, so to speak.” 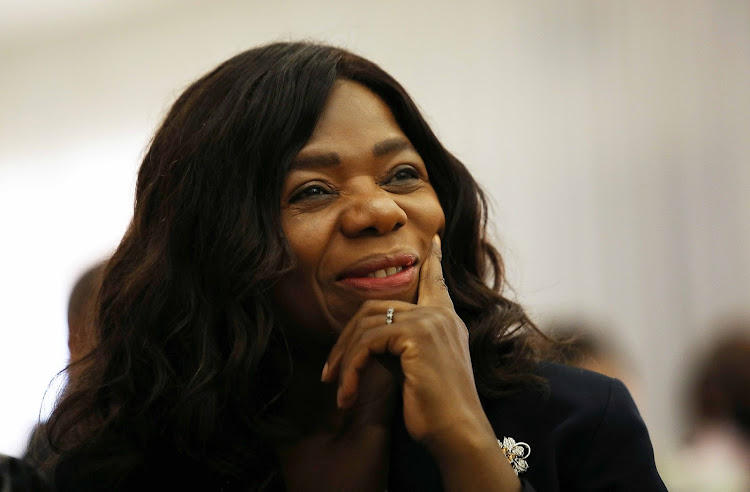 Madonsela said people who were implicated by former finance minister Mcebi Jonas of enticing him to take up the minister position in exchange for favours have denied that the meeting at the Gupta family’s home in Saxonwold, Johannesburg, took place. She said they changed their tune when her office conducted an investigation that placed them at the home.

“Remember that at first the statement that was issued was that there was no such meeting. And then we had to triangulate cellphones and we placed Mr Zuma and Mr Jonas at the same place, and then thereafter we did invite everyone to explain what really happened because we knew from media reports what Mr Jonas was saying was different from what the group was saying.

"Incidentally, Mr AJ Gupta took an opportunity meet me and my team and he was given a fair interview," said Madonsela.

Duduzane Zuma was questioned by his lawyer, Piet Louw, at the state capture inquiry on Tuesday.
Politics
2 years ago

She said Zuma was misguided to complain about her office at the inquiry.

"Mr Zuma is raising his concerns at the wrong forum. All his concerns do is buy time and divert attention because the right forum to challenge my conduct into my supposed lack of impartiality is a court of law," said Madonsela. 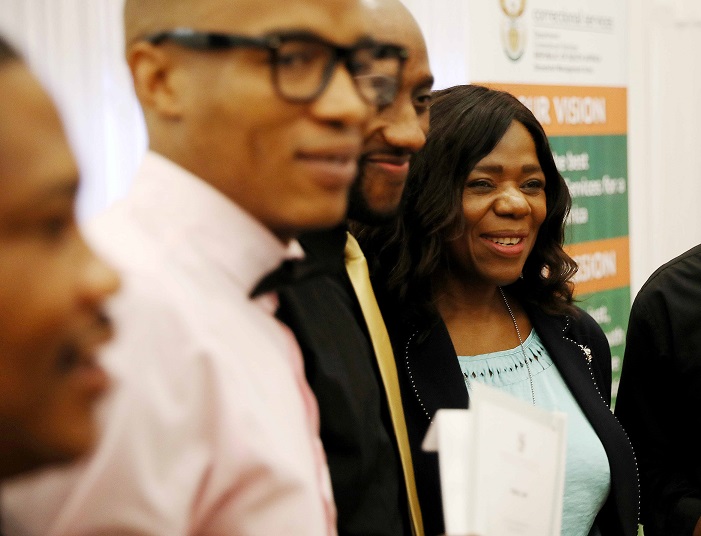 Thuli Madonsela at the Brandvlei prison on Tuesday. She attended the Ubuntu Learning awards ceremony at the prison.
Image: ESA ALEXANDER/SUNDAY TIMES

Madonsela said South Africa would recover from the clutches of state capture, and that those behind it would face the music, no matter how long the process took.

“The truth will come out. People can give us the rain dance and lose time but we won’t lose the truth.

“The truth will come to the fore and there will be consequences, but more than anything else, we will be given an opportunity to clean up the institutions that were captured. That’s it. We should not only look at the commission. There are other law enforcement processes that are uncovering the truth about state capture.

The agriculture department withheld a R53m grant to the Free State for the controversial Estina dairy project because it could not provide a ...
Politics
2 years ago

Madonsela said the former president and his son had brought their woes upon themselves.

"The interesting thing is that if Mr Zuma junior and Mr Zuma senior had availed themselves to answer my questions there would be a report back on whether there was state capture, at least in so far as the original allegations by Mr Jonas are concerned," she said.

Madonsela said the younger Zuma had told a "blatant lie" about her office at the inquiry. She said he never showed interest in telling her his story and made all sorts of excuses. She said investigators engaged Zuma before he travelled to Dubai and discussed various options he could utilise to give his side of the story.

"The team explored with him the option of Skype or interviewing him in Dubai. He said he could not co-ordinate with his lawyers. The truth is business people co-ordinate with their lawyers whether they are in Alaska or anywhere in the world. It was clear there wasn’t much interest in coming to the party," Madonsela said.

She said it was only towards the end of the investigation that Zuma’s lawyers wrote to her office.

"Towards the end of the investigation, we got letters from the lawyers when they realised we were serious about issuing the report. We got a letter  which didn’t say we did give him an opportunity. It just said there wasn’t enough time. I don’t understand why Mr Zuma could tell a lie that could be verified. At the very least, his lawyers could accuse me of giving him inadequate time. That’s a blatant lie," Madonsela said.

Former president Jacob Zuma's son and Gupta business associate Duduzane Zuma says he is not corrupt, but a victim of a 'political storm'
Politics
2 years ago

Duduzane Zuma says he has “no idea” why former deputy finance minister Mcebisi Jonas would lie about the Gupta family allegedly trying to bribe and ...
Politics
2 years ago

The Thuli Madonsela rose 'thrives despite stress' - just like its namesake