Five key takeouts from Ramaphosa's Q&A in Council of Provinces 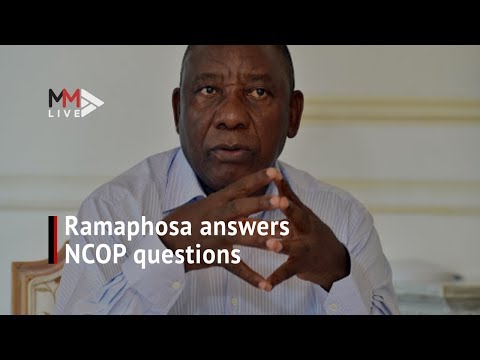 President Cyril Ramaphosa replied to questions raised in the National Council of Provinces on Thursday, where he was quizzed about a wide range of issues including Eskom, gender-based violence and the economy.

Here are five key takeouts from the Q & A:

On the power utility's ageing infrastructure, Ramaphosa said the government would consider selling, only if doing so would benefit the community members where the station operates.

He also maintained that Eskom would not be privatised as has been widely speculated, but will be split into three entities.

Ramaphosa said the defence force and the Border Management Authority (BMA) would work together to ensure that there was no unregulated influx of immigrants.

“Once established, the BMA will ensure a more efficient processing of people as well as goods that move into the republic. As part of this strategy, 15 army sub-units have been deployed for border safeguarding.”

Ramaphosa said the government would be meeting partners who were part of the jobs summit every month to ensure that more job opportunities were created.

“The last meeting we had recorded a lot of progress. It is progress I was most impressed with, because we're getting all the partners to bring in the sector players to come into the meeting, to outline their own challenges and difficulties.”

Ramaphosa said the government needed to budget smarter if it wanted to root out gender-based violence, by ensuring that all police stations were equipped with rape collection kits and that more social workers were deployed to ease the workload when dealing with victims of rape in police stations.

He also acknowledged that the R1bn set aside for this was not enough.

“We are now on a drive to ensure that all police stations have their own rape kits. I will monitor this myself and will be following up to make sure that it becomes a reality.”

The president said gender-based violence was fuelled by the “demon” of patriarchy.

SA is looking at partnerships around the world to ensure economic growth.

“We are more industrialised than our sister countries on the continent and believe that as we trade together, we can exchange technologies and even investments.”