Image: MOELETSI MABE Gauteng premier David Makhura has made good on his promise to boost women's representation in the provincial executive. File Photo

The former Tshwane mayor was named as the province's economic development MEC in Makhura's cabinet earlier this year.

On Friday, Makhura announced: "In keeping with the ANC’s commitment to ensure that women are well represented in executive structures, I have appointed Ms Morakane Mosupyoe as the new MEC for Gauteng's department of economic development. She will continue with our vision of growing the economy of our province.

"I wish Dr Ramokgopa well in his new role, which will be announced soon."

In May, the ANC Women's League in Gauteng expressed concern that Makhura had disobeyed the ANC national executive committee (NEC) instruction to ensure his provincial executive comprised six women and four men, by naming a 50/50 male-female executive.

In a statement on Friday, Makhura's office said: "Following consultation within the ANC structures and the alliance structures broadly, I have decided to make changes in the composition of the executive council.

"It is common cause that the national executive committee of the governing party took a decision that where a premier is male in a province that it governs, 60% of the executive council must be female. This is in keeping with the commitment to ensure that women are well represented in executive structures of government, which I fully support.

"I have taken some time to effect this decision of the governing party to allow all the members of the executive council to finalise their plans in line with the commitments I announced during the state of the province address in July ... " 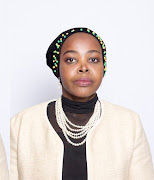 Mosupyoe is currently the chairperson of the social development portfolio committee at the Gauteng provincial legislature. She served as a councillor in Tshwane from 2006-2016. During this period, she also served as the MMC for health and social development. She also formed part of the social and economic cluster over the same period. In 2011 she became the first female speaker of Tshwane until 2016 when the term ended.

Thanking outgoing MEC Ramokgopa, "for the sterling work he has done over the past four months," Makhura said: "Dr Ramokgopa has done a great job towards unlocking investment and economic opportunities in all five corridors of our province.

"I am confident that Ms Mosupyoe will build on the solid foundation laid by Dr Ramokgopa towards the realisation of our vision of growing the economy of our province. She will continue with the process of creating an integrated multi-tier special economic zone."