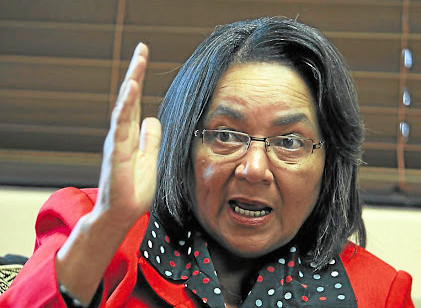 Public works and infrastructure minister Patricia De Lille revealed the state has forked out about R750m between 2009 and 2019 to house MPs at three parliamentary villages in Cape Town. File picure.
Image: Esa Alexander

South African taxpayers are forking out tens of millions every year to house parliamentarians at official residences in Cape Town.

According to public works and infrastructure minister Patricia De Lille, the state has forked out about R750m over the fourth and fifth parliament (between 2009 and 2019) to house MPs at the three parliamentary villages in Cape Town.

She was responding to a written parliamentary question from DA MP Willem Faber.

Government spent about R380m on the three villages - Acacia Park, Pelican Park and Laboria Park - in the five years spanning the fourth parliament between 2009 and 2014. Since then, for the fifth parliament, it spent about R360m.

This includes, among others, costs for water and electricity, rates and taxes, management of the three villages, construction of new buildings, maintenance and the purchasing of furniture and appliances.

This means that, on average, taxpayers spend more than R70m annually to accommodate MPs at parliamentary villages.

Breaking down the figures reveals that bus transport for parliamentarians living at the villages in the fifth parliament cost the state about R36m, and public works and infrastructure staff who manage these premises cost the department about R13m in the same period.

The department also spent R35.5m during the sitting on the fifth parliament to build new "access buildings" at each of the three villages.

But maintenance costs seem to make up the bulk of the spending.

In the fourth parliament, the department spent R300m on maintaining the parliamentary villages, and R162m in the fifth. Although spending on maintenance was significantly lower between 2014 and 2019, money for the purchase of furniture and appliances increased five-fold from the previous period, from about R6.4m to R30.9m.

Faber also asked if De Lille had considered the option of providing each MP with a housing allowance instead of accommodation.

In her response, De Lille wrote: "The responsibility of the department of public works and infrastructure is to provide accommodation to government departments and members of parliament, among others, in terms of its mandate. Any request for allowances to public office bearers must be made to the independent commission for remuneration of public office bearers."

In a separate response to another question by Faber, De Lille said Acacia Park has 337 houses, 155 apartments and facilities including a primary school, crèche, sports field, 3 recreational halls, tennis court, swimming pool and a gym.

Laboria Park has 64 houses, a recreational hall with a gym, tennis court and swimming pool and Pelican Park has 107 houses units with similar facilities.

Chief Justice Mogoeng Mogoeng on Thursday lashed out at the “extremely poor quality” of service rendered by the department of public works and ...
News
2 years ago

Public works and infrastructure minister Patricia de Lille's sister, Cynthia Jeffreys, resigned from her job in the ministry just 11 weeks after her ...
Politics
2 years ago

Crime syndicates working with corrupt department of public works & infrastructure officials are fleecing the government of millions of rands through ...
News
2 years ago

Big cities across the country owe the department of public works and infrastructure more than R76m in outstanding rent.
Politics
2 years ago