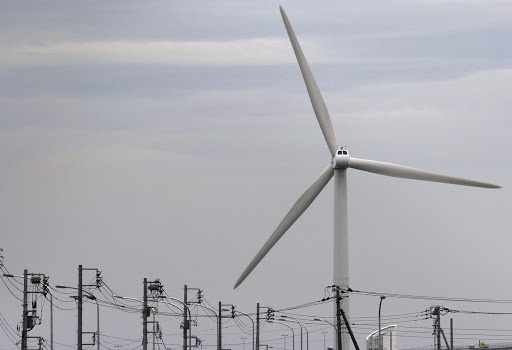 Western Cape premier Alan Winde has called on the energy minister to allow municipalities to procure power from independent producers. As long ago as 2015 Cape Town applied in vain for permission to buy solar and wind power from an independent power producer.
Image: Kim Kyung-Hoon

Western Cape premier Alan Winde on Thursday called on energy minister Gwede Mantashe to consider a proposal that municipalities be authorised to procure power, ranging from 1MW to 10MW, from independent producers.

In a letter to Mantashe, Winde said former Western Cape premier Helen Zille had written to Mantashe’s predecessor, Jeff Radebe, on February 28 with the proposal.

Winde said Zille’s proposal would not require any legislative process and would offer a quick win to bring new generation capacity on line.

“This would be at no cost to the fiscus and would increase the energy resilience of municipalities and South Africa as a whole,” Winde said.

His letter followed the implementation of load-shedding by Eskom on Wednesday.

Johannesburg mayor Herman Mashaba wants help to deal with load-shedding in his metro - and has turned to the independently operated Kelvin power ...
Politics
2 years ago

He said the world had recognised the need for clean, renewable energy, and any limits imposed on making use of alternative energy sources would have "severely negative impacts in years to come".

The city of Cape Town went to court to be allowed to procure its own renewable energy without needing permission from the national energy minister.

The city said in its application before the Pretoria high court in November 2015, it applied to the energy minister for a determination that would allow it to purchase solar and wind power from an independent power producer, which would establish new-generation capacity to supply the city.

“The minister has, however, to date failed to determine the city’s application,” Cape Town’s director of enterprise and investment, Lance Greyling, said in an affidavit to the court in July 2017.

It was short notice. There was no way to prepare for it and that’s what makes it frustrating.
News
2 years ago

Greyling said the city sought legal advice and was informed that Section 34 of the Electricity Regulation Act allowed the minister to determine the need for new-generation capacity and to take the initiative for its procurement.

In its answering affidavit, the National Energy Regulator of SA (Nersa) said municipalities were not conferred any powers, either by the constitution or by law, to plan and determine when and where new power generation should be permitted, or to authorise its rollout.

“Contrary to the city’s claim, municipalities have no ‘right’ to determine, independently of national policy and plans, where to source their electricity. It is not practically possible to permit them to do so,” Nersa’s full-time regulator responsible for electricity, Muzuvukile Mkhize, said in his answering affidavit, filed in March 2018.

That matter is yet to be heard.

Cable theft, failure of ageing infrastructure and a restraint on human resources are some of the problems faced by City Power Johannesburg during ...
News
2 years ago