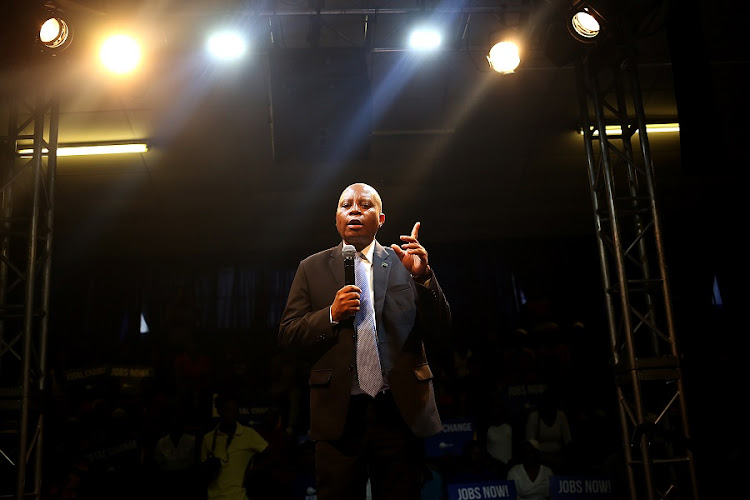 The ANC in Johannesburg wants the council speaker to make mayor Herman Mashaba's resignation letter public after his shock announcement on Monday.

Mashaba stunned many when he announced he was quitting both the DA and his position as Johannesburg mayor.

His resignation followed the election of Helen Zille as the chair of the DA's federal council at the weekend.

"While the caucus welcomes Mashaba's resignation with great relief, we find it necessary to question the veracity of his notice of intent to vacate office.

"To this end, we request the speaker of council to make public Mashaba's resignation letter in order to ascertain the authenticity of Mashaba's announcement of his departure," said Mogase.

He said they were asking for the release of the letter because Mashaba was a "known charlatan" who could easily revoke his declaration - as he had done before.

"Mayor Mashaba failed to make good on his word in 2017 that he would resign if the billing crisis was not resolved. Again, he proclaimed that he would take himself to the ethics committee and later made an about-turn.

"We therefore find it dissatisfying to take Mashaba's word alone without the requisite evidence. The speaker must therefore release the letter as a matter of urgency. This is in the best interest of the residents of the city, who have been subjected to inconsistent leadership," said Mogase.

Herman Mashaba has quit after three years as mayor of Johannesburg, signalling his belief that the Democratic Alliance intends to break up the ...
Politics
2 years ago

What the what?! Herman Mashaba is Mmusi Maimane's hero?!

The theatre of the absurd - that is how one political analyst summarised the latest developments in the Democratic Alliance, with Joburg mayor Herman ...
Politics
2 years ago

Under mayor Herman Mashaba, Johannesburg facilitated investment worth R16bn in the 2018/19 financial year and the creation of 110,000 new jobs in the ...
Politics
2 years ago