Helen Zille says SA has a race problem, and there are 'racists' of all races 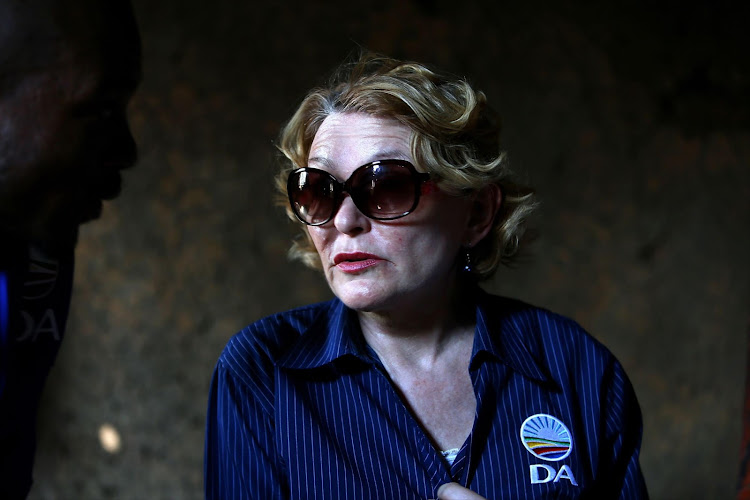 Helen Zille: 'I am not the kind of person who believes that if you are black you can't be racist.' File photo.
Image: Alon Skuy

“There are racists of all races in South Africa.”

These are the words of the DA's newly elected federal council chair Helen Zille during a heated interview on television station Newzroom Afrika.

Zille said South Africa has a race problem and the DA doesn't want racists as members.

“If you are a racist of any type, get out ... I am not the kind of person who believes that if you are black you can't be racist,” she said.

Voting based on colour

Zille said no one in the DA thinks that race is irrelevant.

“Everyone in the DA believes that race is a very potent issue in South Africa and if they don't understand that they are living in cloud cuckoo land.

Zille said that DA's MP Diane Kohler Barnard “is not a racist”.

“You mustn’t twist what people say, it makes me really cross,” Zille told interviewer Onkgopotse ‘JJ’ Tabane. “She made a mistake on social media that was taken out of context.”

TimesLIVE reported on Monday that Kohler Barnard was cleared at the equality court in Cape Town of accusations of unfair discrimination made earlier this year by the party’s former director of parliamentary operations, Louw Nel.

Nel took Kohler Barnard to the equality court in February for allegedly making discriminatory utterances during a workshop with staff members in the party's offices in parliament a year earlier.

She was also alleged to have said that local women were stupid for entering into relations with Nigerian men who scammed them and that black children targeted whites on the N2 highway in KwaZulu-Natal by throwing stones at them.

DA MP Dianne Kohler Barnard has been cleared of accusations of unfair discrimination made earlier this year by the party's former director of ...
Politics
2 years ago

Taken out of context

Zille said everything she does is “taken out of context” on social media and on traditional media too.

“The truth is if I got out of bed in the morning and said the sky is blue people will say you can hear that she’s racist because she says the sky is blue which is the DA’s colour.

“People are crazy, I mean if I sneeze they think it’s a story in the newspaper,” she said.

Helen Zille and Mmusi Maimane haven’t always seen eye to eye, but if the DA is to rebound after a dismal showing in this year’s election they are ...
Politics
2 years ago

The DA's newly elected federal council chair Helen Zille has pledged not to interfere with how party leader Mmusi Maimane leads the organisation.
Politics
2 years ago