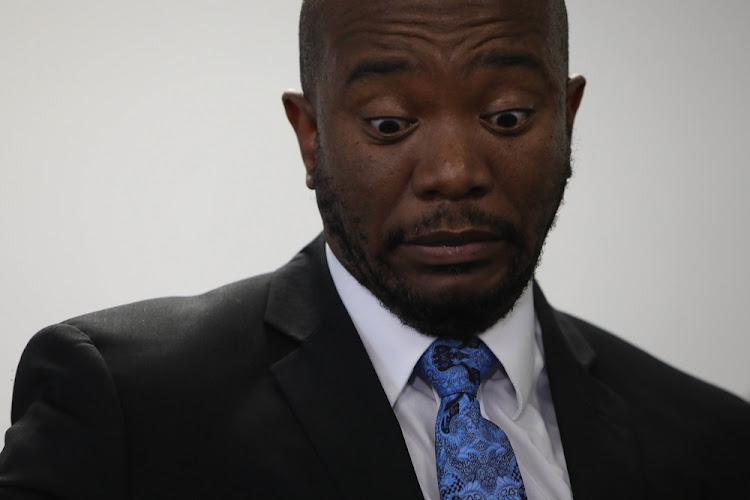 Mmusi Mainane has resigned from all positions in the DA.
Image: Alaister Russell

Mmusi Maimane, who quit as leader of the DA on Wednesday, has now resigned from the party and parliament.

“I have worked tirelessly to build the project of One SA for All. It’s been my greatest honour to serve the people of SA and I will continue to do so. I have today resigned from the DA and parliament. Thank you to the people of this country for your faith in our nation. God bless SA,” he tweeted on Thursday.

His resignation from parliament was announced just a few minutes before the DA's parliamentary caucus met to discuss his decision to avail himself as parliamentary leader until the end of the year after stepping down as DA national leader.

It is understood Maimane resolved to quit as an MP after realising that the party's 84-member parliamentary caucus would reject him as their leader during their meeting on Thursday.

An MP who was attending the caucus meeting said there was no way they would allow Maimane to lead caucus after speaking ill of the party in his resignation address on Wednesday.

Maimane's actions this week follow the return of his predecessor, Helen Zille, to the second-most senior post in the party, in a bid to salvage declining electoral support.

In his resignation speech, Maimane said he “truly enjoyed” campaigning for the DA and worked hard to restore the dignity of the poor. He was proud of cementing “diversity” as one of the DA's core values.

“However, the past few months, it's become more and more clear ... there are a few in the DA who do not see eye to eye with me.”

In recent months, there had been a “consistent and co-ordinated attack” against him and his family, said Maimane.

“There does come a time when leaders need to step back ... I've spent the last few days doing exactly that ... Therefore it is with great sadness ... I will today step down as leader of the DA.”

Maimane thanked those who had supported him and urged South Africans not to lose sight of the bigger picture: a democratic and united country.

The announcement of his resignation had been widely anticipated, after Maimane supported Johannesburg mayor Herman Mashaba at a news conference on Monday, at which the former businessman cited Zille's election as chair of the DA's federal council as his decision for quitting.

Maimane swept into the post amid high expectations in May 2015, becoming the party's first black leader.

But his grip on power weakened after the May 2019 general elections, when the DA shed about 400,000 votes to the ANC and Freedom Front Plus. It continued to lose support in subsequent by-elections.

A review of the party's performance in the elections, commissioned by Maimane, recommended that the DA go to an early congress in 2020, as opposed to the original 2021, during which new leaders would be elected.

'I won't be joining any political party': Herman Mashaba shuts down rumours

Outgoing Johannesburg mayor Herman Mashaba says he will not be joining any political party after he quit the DA.
Politics
2 years ago

The review panel said “indecisive” leadership had caused deep divisions within the national caucus and confusion about the party's ideological stance on various issues.

“The overwhelming view of those who made submissions, or with whom we held discussions, is that the party leader [Maimane], while immensely talented, committed to the cause, hardworking and widely liked, can be indecisive, inconsistent and conflict averse,” the panel said.

When Maimane was elected four years ago, the Soweto-born politician said in his maiden speech: “Here in this party there will be no room for those who seek to divide or those who want to mobilise on the basis of race.”

He said the DA would remain strong even if “we disagree with each other”, because it was a party built on a strong foundation of shared values. “That's what makes us different from other parties.”

He pledged the DA was going to work hard to fight the “real enemies” — unemployment, poverty and inequality.

Political commentators, highlighting his inexperience at the time, had advised Maimane to consolidate his position in the party before venturing outwards. Political analyst Andre Duvenhage, of North West University, was one of those who recommended to Maimane that his strategy should be to “consolidate from the inside and then move to convince South Africans of his vision”.

The troubled Democratic Alliance is reeling from the sudden departure of two of its key figures, Mmusi Maimane and Athol Trollip. The party's leader and federal chairperson announced their resignations on Wednesday October 23 2019. In a heartfelt speech, Maimane thanked those who had supported him and urged South Africans not to lose sight of the bigger picture: a democratic and united country.

Herman Mashaba has quit after three years as mayor of Johannesburg, signalling his belief that the Democratic Alliance intends to break up the ...
Politics
2 years ago