Eskom board member slams 'interference', says there should be load-shedding 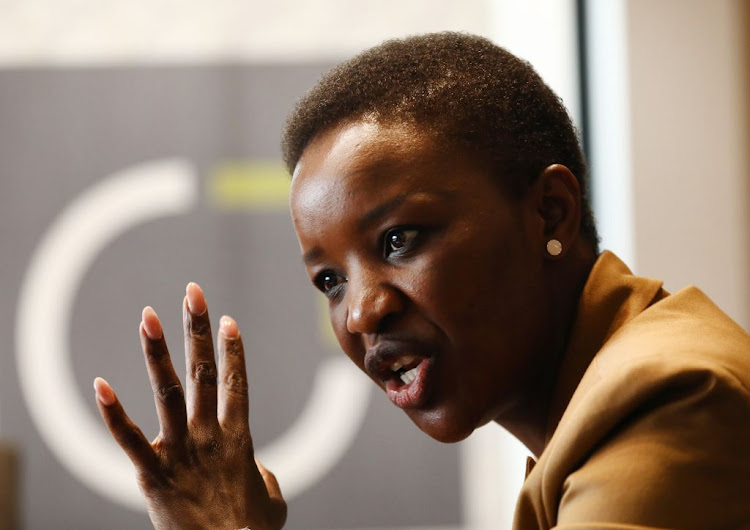 Eskom is keeping the lights on at a heavy cost, says board member Busisiwe Mavuso.
Image: Gallo Images/Sunday Times/Masi Losi

Eskom has experienced intense political pressure over the past year to keep the lights on irrespective of the cost, board member Busisiwe Mavuso revealed during a parliamentary committee hearing on Tuesday.

She said board members were between a rock and a hard place in terms of some of the decisions they know they have to make because of an interfering shareholder.

Public enterprises minister Pravin Gordhan is the shareholder representative at Eskom. Mavuso did not mention him by name.

“There are decisions that we know we have to be making as this board, but the shareholder quickly comes in and says that you can't do that because it is politically inconvenient," she said.

Public enterprises minister Pravin Gordhan has announced the dismantling of Eskom's monopoly which will see its distribution and transmission ...
Politics
2 years ago

“We spent so much money on open-cycle gas turbines because we were told that the lights have got to be kept on, but kept on at what cost? I think that is the problem that this committee has got to appreciate, to say that we on a daily basis sit with those decisions."

The Eskom board was appearing before parliament's standing committee on appropriations to talk about challenges facing the power utility when Mavuso asked to speak about municipal debt.

She announced from the outset that she wanted to be candid and have an honest conversation “so that we don't sit here trying to manage each other”.

Mavuso said saving Eskom was too big a task for 10 board members or the committee, adding that Eskom was a sovereign risk that could collapse the country's economy.

“I think therefore if we were given the latitude to actually make decisions without political interference as this board, I would tell you what we would do: I would actually go to South Africans and say honestly, we need to load-shed at least for the next eight months," she said.

"I am saying that understanding that load-shedding for one day in this country costs R2bn, but that would be the honest conversation because you are sitting with units that in the next five years are going to be nearing about 50 years old."

Some had not been maintained for the past 10 years. "The reason why they are falling at no warning is precisely because the decisions that have been taken in the past were at the cost of maintaining these things.

"If you are going to be given an instruction saying, 'Keep the lights at all costs because we are nearing elections,' it is actually problematic. I wish that we were given latitude as this board to do what we are supposed to do," she said.

Your electricity bill will double in two years, says expert

Should Eskom win a court battle against the National Energy Regulator of SA (Nersa), South Africans face the prospect of paying double within two ...
News
2 years ago

On the recapitalisation on Eskom, Mavuso said it was better to bring in strategic equity partners because Eskom problems were too big for the fiscus to contain.

“We continue getting warnings from the credit rating agencies to say that the money you keep on putting into these SOEs - Eskom in particular - doesn't augur well from an investment perspective and from an economy perspective,” she said.

She said labour should not continue to “sit there as principals with a red pen” and think that they don't have any role to play in saving Eskom.

“We made this decision as this board last year to say that we are going to give 0% increase because we realised the dire situation of Eskom. It was labour that said, 'If you dare do that, it's going to be a declaration of war'.

"Immediately thereafter, you saw the bout of the first load-shedding that happened in this country. We were quickly given an instruction to say, 'You are going to have to rethink your decision and you are going to revise your 0% stance.' But you are sitting with this developmental state mandate - and I don't know if we actually can continue in that trajectory."

Mavuso said Eskom was sitting with 15,000 people too many. She said the headcount was unjustifiable and labour threatens war whenever this issue is raised. She said this was part of the honest conversation the country needs to have about Eskom.

“It cannot be. I think we shouldn't be skirting around the issue when we talk about the issues of Eskom,” she said.

Malusi Gigaba allegedly ordered that Eskom sign a sponsorship and advertising agreement with the Gupta-owned media entity, The New Age, after ...
Politics
2 years ago

Along with the bad news, Tito, give us some hope

Nothing reminds us more sharply of what a mess Eskom is in than rolling blackouts, or what the power utility euphemistically calls "load-shedding".
Opinion & Analysis
2 years ago

You've got an uncle in the load shedding business, Pravin Gordhan... and Cyril.
Politics
2 years ago