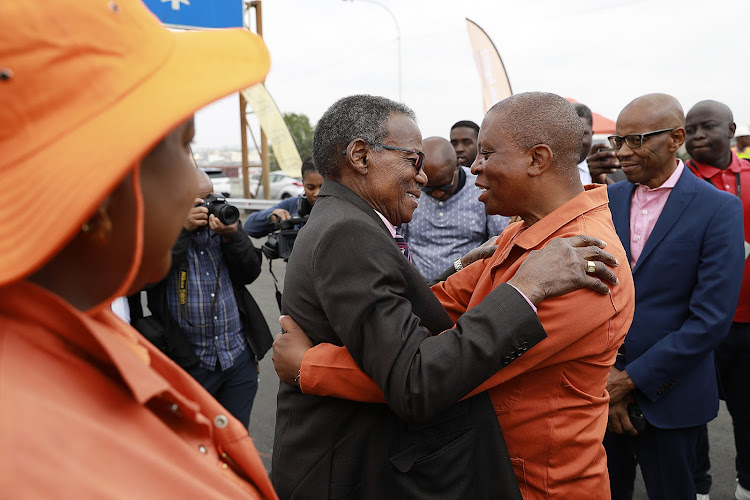 Buthelezi was speaking at a ribbon-cutting ceremony marking the reopening of the M2  bridge on Thursday.

The bridge was refurbished after being damaged by flooding caused by a lack of stormwater infrastructure. It was also damaged by vandals early last year.

“As someone who uses the roads daily, I share a sense of relief and celebration with the residents. For the past eight months, residents of the city have had severe congestion, increased travelling times and daily frustration. It, unfortunately, could not be avoided,” Buthelezi said.

Reflecting on Tito Mboweni’s medium-term budget speech on Wednesday, Buthelezi said it was undeniable that “there’s deep pain and fear within our people”.

“There’s no more window-dressing, we are in a crisis. The rise in unemployment is worrisome.” 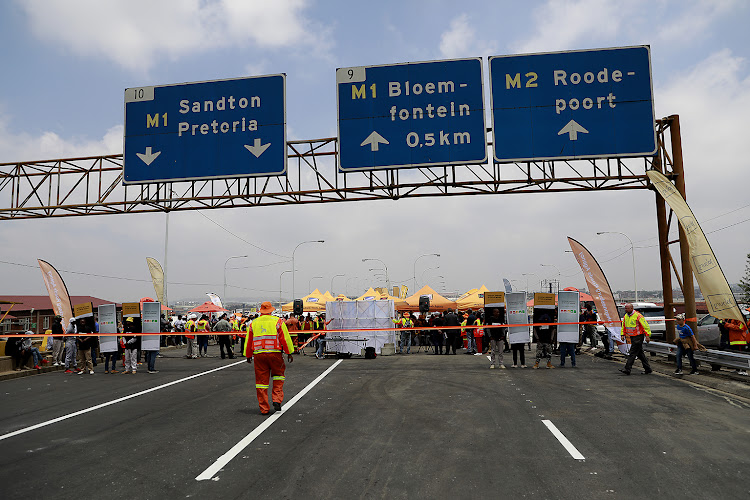 A ribbon-cutting ceremony marked the reopening of the M2 bridge in Johannesburg.
Image: Alon Skuy

He emphasised the need to combat driving under the influence of alcohol and thanked Mashaba for adhering to the urgency that came with the maintenance of the bridge.

“We are sad to see the mayor leaving; his leadership has offered strong direction in the city of Johannesburg. We want to thank him and wish him well,” Buthelezi said.

The M2 motorway will be reopened to traffic on Monday November 4.

Since its closure earlier this year, an average of 12,000 motorists have had to find a new way to get to and from work. The total cost of the eight-month project was R160m.

As someone who uses the roads on a daily, I share a sense of relief and celebration with the residents

Mashaba, who gave the keynote address, said the condition of roads across the city had been a matter of concern to him.

“Not only do they need to be safe for public use; they are integral to connecting our residents who commute daily,” he said.

The mayor was one of those who personally inspected the bridge. During the inspection it was realised that parts of the support structure of the motorway had moved, in turn affecting the structural stability of some of the bridges on the motorway.

“If the budget for rehabilitation was not carried out soon and the section of the bridge collapsed, the M2 motorway would have been closed to traffic and the congestion on roads around and in the inner city would have dramatically increased,” Mashaba said. 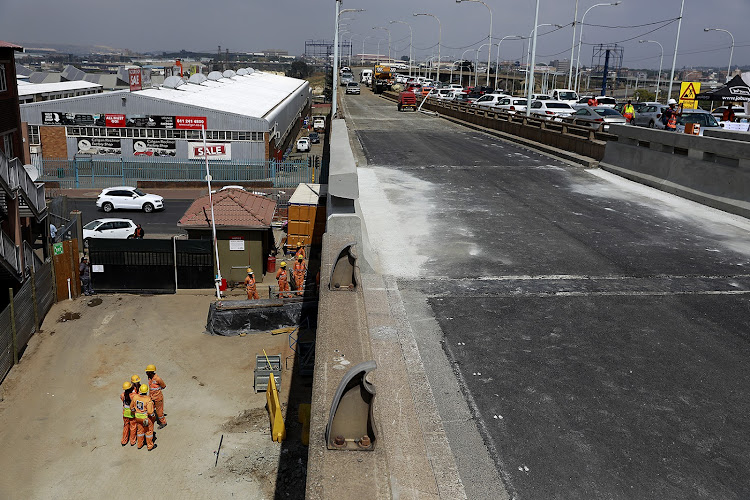 The M2 motorway ready for use in a few days.
Image: Alon Skuy

Mashaba said that of the more than 900 bridges in the metro, only 6% were in good condition.

Even though it caused major inconvenience to businesses and residents alike, the city took the decision to shut down the M2 to protect the lives of residents.

“I am also pleased to inform you that the city is eating away at the gravel roads, mostly located in informal areas.

“Almost 100km of gravel roads have been tarred to date, and the JRA has been allocated a staggering R1.2bn to continue this work in the medium term,” he said.

Siyabonga Genu, who spearheaded the rehabilitation project, reassured motorists that the bridge is now waterproof.

“It’s important to highlight that these bridges were constructed in the early 1960s, so it was about time that they start showing signs of failure. What was the major contributing factor was water getting into the concrete structures, causing what we call concrete cancer. And back in those days engineers never waterproofed bridges.

“It was not an easy project because it’s an old bridge; we didn’t know everything about its structure. We were fortunate to be able to trace one of the engineers who was part of the original construction,” Genu said.

Johannesburg motorists can use M2 motorway from Monday

Motorists travelling into central Johannesburg from the west are assured that the M2 highway will be reopened to traffic on Monday, with bridge ...
News
2 years ago

M1 bridge refurbishment to be completed by the end of August

Johannesburg mayor Herman Mashaba announced on Wednesday that the M1 Double Decker Bridge refurbishment would be completed ahead of schedule.
News
3 years ago

The Johannesburg Roads Agency (JRA) says it will cost more than the budgeted R160m to rehabilitate the M2 motorway between the Crown Interchange and ...
News
3 years ago