Did Mzwanele Manyi lie to the state capture inquiry? 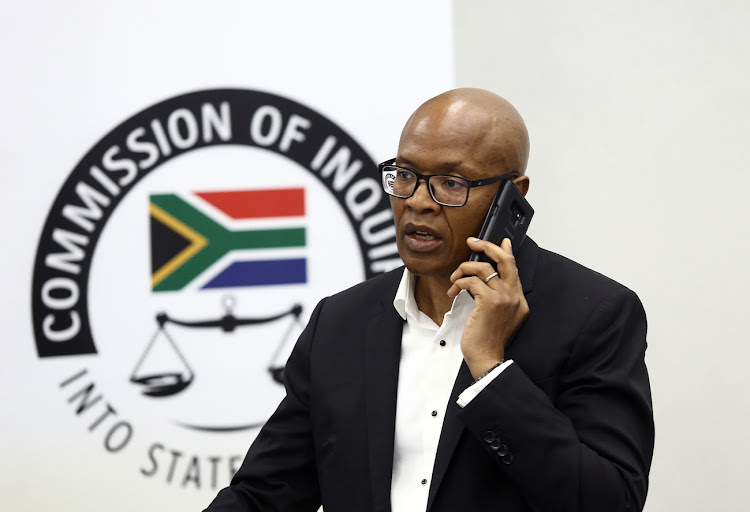 Mzwanele Manyi during a previous appearance at the state capture commission in Johannesburg.
Image: Masi Losi

Did Mzwanele Manyi lie when he took the stand at the state capture inquiry on Wednesday?

That is the argument the commission's advocate, Kate Hofmeyr, presented to chairperson deputy chief justice Raymond Zondo when Manyi returned on Thursday for a second and last day of testimony this week.

Hofmeyr outlined four statements Manyi made on Wednesday that she proposed were “untrue”.

They relate to Manyi's term as director-general (DG) of the department of labour in 2010 and his transfer to the Government Communication Information System (GCIS) the following year.

Hofmeyr put to Manyi that he was untruthful when he said:

• He never received a termination letter from then labour minister Membathisi Mdladlana on October 29 2010;

• The first time he saw that termination letter was when the commission presented it to him in October;

• He was never dismissed from the department of labour; and

• He remained employed at the department, but was on leave from the period of his suspension to the time he was transferred to the GCIS.

'I feel like I'm here for an ambush,' Manyi tells state capture commission

Former government communications boss Mzwanele Manyi claimed on Wednesday that the state capture inquiry was attempting to "ambush" him.
Politics
2 years ago

Manyi became defensive, accusing Hofmeyr of waging a “battle” against him. “There is nothing false that I have said. I never received the letter, that is not false,” he said.

“The statement of never being dismissed ... I'm happy that Hofmeyr has raised this matter. How this works is that a minister, for all intents and purposes, is actually a caretaker of a DG, a minister is not the employer of a DG at any time,” he said.

“A minister does not have the power to dismiss a DG. The only time the word dismissal or termination really takes effect is when you have the consent of the president or a delegated authority. Mdladlana will go to his grave never having fired a DG in his life.”

He reiterated his statement from Wednesday, when he said he had no knowledge of Mdladlana's move to axe him, because he was receiving a salary while on suspension.

“The issue of remaining an employee throughout ... I said here yesterday I have no evidence of having being dismissed and the reason I said so is because I was getting paid. It can never be factually correct to say a minister dismissed you,” said Manyi.

The bone of contention was a letter Manyi penned to then department of public service & administration minister Richard Baloyi on November 15 2010. In it he made reference to the termination letter he received about two weeks prior.

“I did that letter under the advice of my lawyers and I said earlier that most probably my lawyers got the [termination letter] and because we are doing this thing under advice.

“I've signed the letter [to Baloyi]. I'm not running away from that, but the content of the letter, I did this under legal advice,” he said.

Manyi was transferred to the GCIS to replace Themba Maseko in February 2011.

The commission was trying to establish what his employment status was at the department of labour at the time of his transfer. Manyi maintains he was still under the employ of the department, but on precautionary suspension at the time.

However, the commission sought to show that he knew he had been axed by then.

Mzwanele Manyi on grade 9 exit: 'Those who voted ANC are complicit in this mess'

ATM head of policy Mzwanele Manyi has opposed the government's plan to formalise Grade 9 as an alternative exit point for pupils.
News
2 years ago