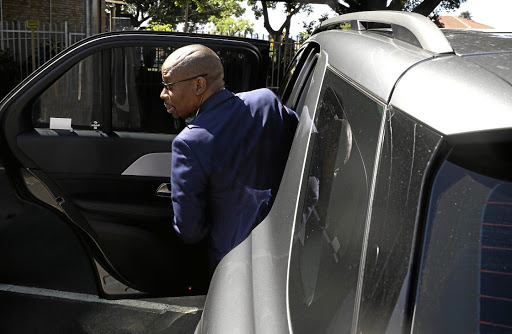 KwaZulu-Natal MEC for education Kwazi Mshengu gets into a hired car that costs the taxpayer in the province more than R100,000 a month.
Image: Sandile Ndlovu

In this episode of Sunday Times Politics Weekly, the Sunday Times politics team deep-dives into the Kwazi Mshengu scandal. KwaZulu-Natal MEC Mshengu has been caught using an elaborate “scam” to justify his not using the state car used by his predecessor — instead blowing hundreds of thousands of rands in taxpayers' money on car hire.

The team also discusses who is likely to take over as DA party leader at the federal council meeting, set to be held at the weekend.

A KwaZulu-Natal MEC has been caught using an elaborate scam to justify his not using the state car used by his predecessor - instead blowing hundreds ...
News
2 years ago

KwaZulu-Natal education MEC Kwazi Mshengu has refuted claims that he splurged hundreds of thousands of rands of taxpayers’ money on car hire since ...
News
2 years ago

'The buck stops with the leader': John Steenhuisen on Mmusi Maimane's exit as DA leader

DA parliamentary leader John Steenhuisen has come out in support of the party’s review report, which led to Mmusi Maimane’s resignation
Politics
2 years ago

Gauteng MPL and would-be leader of the DA, Makashule Gana, has flagged the party’s stance on race as one of its main problems.
Politics
2 years ago