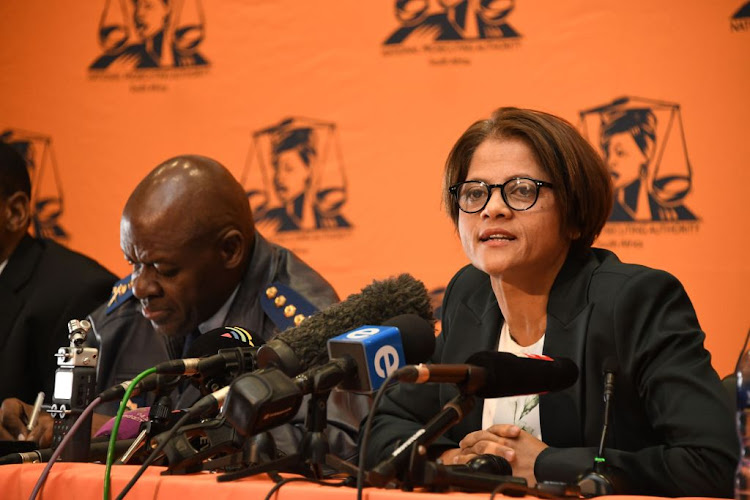 The National Prosecuting Authority’s investigative directorate has obtained all bank statements linked to the Guptas' involvement in the Estina dairy farm corruption case, including from the United Arab Emirates.

The head of the directorate, Hermione Cronje, said at a media roundtable on Tuesday that they had pieced together exactly where the funds came from, who was involved and how the money was laundered outside SA.

She said they relied on a private forensic firm to analyse the flows of funds that were allegedly fleeced from the state and laundered by the Guptas in Dubai.

“I am told by the forensic investigators that we will have a final report by the end of the month and the matter is to be re-enrolled,” said Cronje.

This development comes a year after the NPA withdrew the case from the Free State High Court, where eight people were charged for the Estina dairy scam.

There was widespread disappointment when the NPA withdrew the case, but Cronje is confident they now have enough evidence to draw up charges that will be prosecutable.

Leaked Gupta e-mails showed how the Estina dairy farm in Vrede in the Free State was meant to be a project to empower locals but ended becoming a cash-cow for the Guptas.

At least R30m paid to the Guptas via the farm paid for their notorious Sun City wedding in 2013, and millions more were laundered out of the country.

At the time the case was dropped last November, the NPA told the Guptas and their lawyers that the case had been dropped because they had “not received information regarding the mutual legal assistance requests made to India and the United Arab Emirates" and that as a result, "the investigations are not finalised".

How to avoid Gupta-like money laundering schemes, according to Britain's Lord Peter Hain

South Africa should adopt from the UK's laws against money-laundering to prevent state capture and illegal money movements - such as those allegedly ...
Politics
2 years ago

Cronje insisted that the case is not dead. She said there would be a reconfiguring of how it will be handled once it is finalised and re-enrolled in court. She said the case would focus on two aspects: how the Bank of Baroda operated and the "unique arrangements" within it, as well as “where funds had flown”.

She alluded that there could be further arrests in the matter and the accused may be different from the eight who were initially charged.

The investigative directorate was set up earlier this year by President Cyril Ramaphosa to investigate and prosecute crimes related to state capture.

The Sunday Times reported that the unit had hired the country’s top senior counsels Tembeka Ngcukaitobi, Wim Trengove, Ngwako Maenetje and Geoff Budlender to help with both investigations and prosecutions.

Cronje added that her unit had drafted a strategy to get to the centre of how the state was captured.

“At the end of the day, we have to hold those responsible for state capture - not just those who did the dirty work,” she said.

The government will not be giving embattled airline SAA a bailout. So says public enterprises minister Pravin Gordhan in a statement issued after ...
Politics
2 years ago

Help sought in US, UK and UAE to trace and seize illegal proceeds of state capture
News
2 years ago