Speaking on Newzroom Afrika, Steenhuisen said the DA would try to lift people out of poverty.

Here's what he had to say:

“Race-based policies of the past 25 years have failed to lift people out of poverty and to opportunity. Black households are 10% poorer than they were at the beginning of BEE, unemployment queues have grown massively from 3.7-million in 1994 to more than 10- million.

“We are not lifting enough people out of poverty, and those race-based policies have made a very narrow bland band of individuals exceptionally wealth, but have left the majority of black South Africans locked out of opportunities and stuck in poverty.”

“It's important that we have redress policies in South Africa that made good the wrongs of the past, and we need to focus on them where they are needed the most, which is at poverty.

“We've got to come with something new in South Africa. Twenty-five years is a long enough time to realise these policies aren't working.”

Diversity in the DA

“What the DA's got to do is to root itself organically in communities. You can't exist as a political party floating above people. You've got to be organically rooted through branches and structures on the ground in communities.”

“Discussions need to happen in a disciplined way within the structures of the party, not on Facebook pages and Twitter.

“People don't like to see their politicians squabbling with each other. They want to see them fighting and standing up for them, and I think that's what the DA needs to be far more disciplined about.”

"[Federal council chairperson] Helen Zille is not an obstacle in the DA's growth. I think there has been an overblowing of the impact and influence one individual has.

“We are a party of structure, a party of due process, and it's very difficult for an individual to completely dominate the party.” 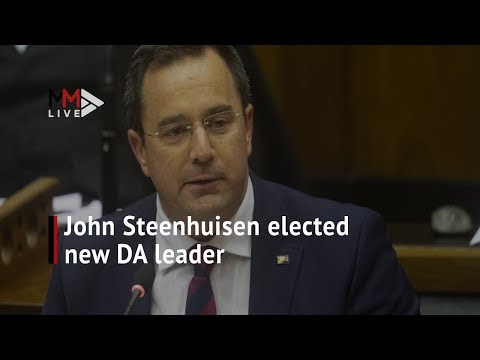