Give us Joburg, and we'll give you Tshwane: Malema lays down the gauntlet to DA, ANC 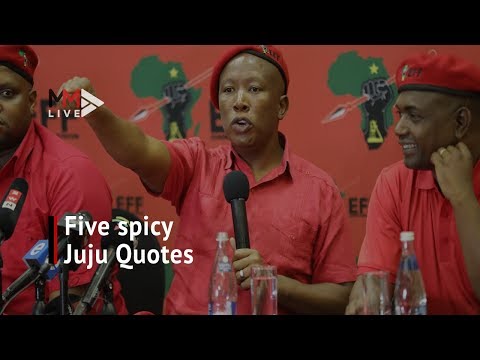 The EFF is “ready to govern” Johannesburg after the departure of Herman Mashaba as executive mayor in the wake of his dramatic resignation as a DA member.

And the only condition the EFF has for either the ANC or DA is that if they support the candidate fielded by the EFF for mayor of Johannesburg, the EFF will return the favour in Tshwane.

This was said by EFF leader Julius Malema during a media conference at Nasrec Expo Centre on Thursday.

Malema said it was about time the EFF took over power in the Johannesburg metro, which they had given to the DA after the hung election in 2016.

And for them, he continued, it did not matter who they govern with, so long as they get full control of Johannesburg. They would then give full control to Tshwane to whichever party voted with them in Johannesburg.

“And we are not going to enter into coalitions. You lead Tshwane exclusively and we lead Joburg exclusively, so there is no interference with each other,” said Malema.

Malema said what the EFF was not going to do was support other parties' candidates in Johannesburg.

If the DA or the ANC did not give in to their demands, they were prepared to remain in opposition.

The EFF leader said the party would not take criticism from voters for their willingness to be in partnership with either the DA or ANC.

“The voter was undecided and therefore no voter should say, 'Why do you give power to so and so?' You never voted for the EFF to give power to anyone,” he said.

“If the DA or the ANC do not support us, we are not going to do anything, we will just be opposition, put our motions and make our input — and it ends there.”