Guptas could have been stopped in 2011, Mo Shaik tells state capture commission 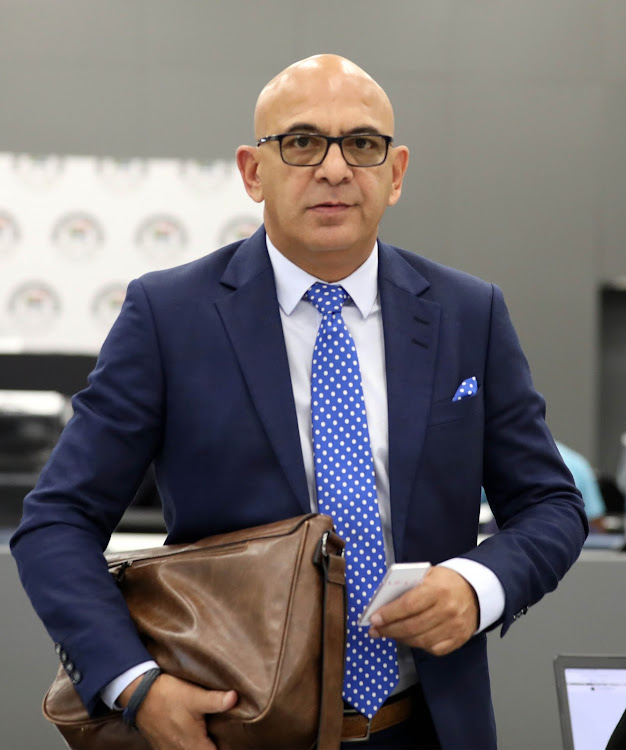 Former spy boss Riaz 'Mo' Shaik told the state capture inquiry 'we may be talking about different things now' if the State Security Agency had been allowed to investigate the Gupta brothers in 2011.
Image: ANTONIO MUCHAVE / SOWETAN

Former spy boss Riaz "Mo" Shaik believes the Gupta family could have been stopped and state capture prevented as far back as 2011.

This is, of course, if the State Security Agency (SSA) had been allowed to investigate the Gupta brothers when their suspicions were raised nearly a decade ago. However, according to Shaik, it was then-intelligence minister Siyabonga Cwele who stifled any probe into the controversial family.

Shaik, who was a director-general at the SSA in charge of its foreign branch of intelligence, told the state capture commission on Monday that he and two other senior officials at the agency were summoned to Cwele's Cape Town office, where he demanded the probe into the Guptas be dropped.

Shaik said their suspicions about what has now become known as state capture first arose after a news article in 2011 which exposed how then sports minister Fikile Mbalula, during an outburst at a meeting of the ANC's national executive committee, claimed one of the Gupta brothers informed him of his appointment before it was announced the year before.

There were three concerns for the SSA when the news broke:

"All of this falls in the realm of national security. All three issues needed to be investigated. We informed our deputies that an investigation into the Guptas should now occur," Shaik said.

Shaik said the Gupta brothers also needed to be investigated because of their possible dealings with Iran.

"At the time, the US administration under president Barack Obama was engaging with negotiations in respect of Iran to lift the sanctions and stop attempts within the Iranian government to build its nuclear facilities outside the regulatory facilities.

"The US ambassador in Pretoria approached me and said they were concerned about the possible funding of Shiva Uranium (a Gupta-owned mine). They had reason to believe such financing was coming from Iran.

Shaik said he, along with other SSA directors Gibson Njenje and Jeff Maqetuka, decided to launch an investigation into the Gupta family, their political links and their business interests.

However, a few days later, the trio was summoned to Cwele's office in Cape Town.

"This was the first time that happened to me during the period which I was head of the foreign branch of the SSA. I was never called to explain an operation. It was the first operation that Cwele deemed necessary for us to come and explain," Shaik said.

"I found it inappropriate. It is not done like that."

He said the meeting was "confrontational" because Cwele ordered that the investigation be stopped.

"The minister was having noting of it. He made the matter very personal. He argued the reason why we are doing the investigation was because we wanted to further the business objectives of Njenje," Shaik said.

"In our morning meeting, Njenje placed on record his conflict and how it came to be that he interacted with the Guptas and we were very satisfied with his reasoning. It seemed to me the minister did not want this investigation to happen.

"The national interest was undermined in order for favour. If we were allowed to do the investigation, we may be talking about different things now."

‘I don’t have any money to pay for bribery’: Bongani Bongo

State capture: 'I learnt of the Gupta plane landing on television'

State capture-implicated former head of state protocol Bruce Koloane had few or no answers as to how the Gupta family landed a private aircraft at ...
Politics
2 years ago

'State capture could have resulted in dictatorship': Frank Chikane

ANC veteran Frank Chikane believes that if the state capture trajectory had continued, it would have birthed a dictatorship in South Africa ...
Politics
2 years ago