AfriForum vs Panyaza Lesufi battle headed to court: what you need to know 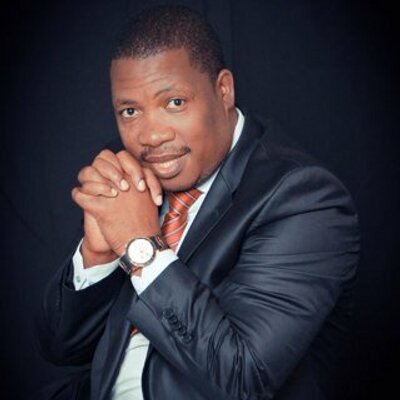 AfriForum claims Gauteng education MEC Panyaza Lesufi has been making 'ludicrous claims' against it and will now have to prove them in court.
Image: Panyaza Lesufi via Twitter

AfriForum has threatened to sue Gauteng education MEC Panyaza Lesufi for saying the group was behind an assassination plot against him.

Last week, AfriForum submitted a letter to Gauteng premier David Makhura demanding Lesufi's dismissal, citing a long history of mismanagement and the division of communities by the MEC.

The letter was one measure the lobby group took in its bid to have Lesufi removed as MEC. Another was an online petition calling for his dismissal.

The group's campaign to remove Lesufi relates, in part, to the Gauteng department of education's struggle to place grade 1 and grade 8 pupils for the 2020 school year.

In response, Lesufi took to social media, saying the lobby group was racist and he wouldn't partake in its “racism” fight.

In a series of tweets, Lesufi accused “racists” of trying to harm and attack him.

“My only plea to racists, please don’t harm my kids and my family, as for me you are free to do as you wish,” he said.

Gauteng education MEC says AfriForum's call to have him replaced over school placement fiasco is part of "racism".
News
1 year ago

It didn't stop there

On Sunday, Lesufi appeared on live TV during a departmental press conference about school placements for 2020 and accused the lobby group of trying to assassinate him.

He also alleged that his family was targeted by the group.

“If they want to fight me, they are free to do that. What they've been doing before.

Gauteng education MEC Panyaza Lesufi on Sunday said the majority of learners have been placed in Gauteng schools.
News
1 year ago

Lesufi's accusations didn't sit well with the group's CEO, Kallie Kriel, who responded that Lesufi better have evidence to back up what he had said.

He said Lesufi⁩ had lied and that AfriForum would “legally go for his bank account by suing him for defamation”.

Panyaza ⁦@Lesufi⁩ blatantly lied when he said ⁦@afriforum⁩ has been trying to "assassinate" him, and had been "hacking" his bank accounts. However, it is true that AfriForum will now legally go for his bank account by suing him for defamation😀 https://t.co/kzX7PrnU78

The group's head of policy, Ernst Roets, said Lesufi would have to prove his “ludicrous claims” in court.

Lesufi goes on TV, says AfriForum is following him & his children, is hacking his bank account and is trying to assassinate him.

Hy is so waar as wragtig mal in sy kop.

Lesufi will have to prove his ludicrous claims during his defense when he appears in court for defamation...

'Schools are hunting grounds for criminals' - R500,000 worth of items stolen in Tembisa

The Gauteng education department is appealing to the community of Tembisa to help identify criminals who robbed the Khulasizwe Primary School of ...
News
1 year ago