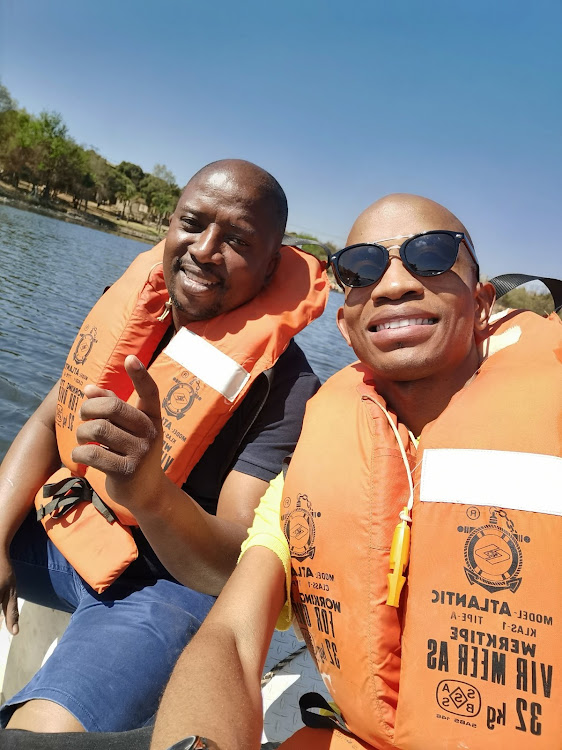 Abel Tau and the SAHRC's Buang Jones during an inspection of water quality at Roodeplaat Dam in August.
Image: Buang Jones

The DA has appointed Abel Tau as acting mayor of Tshwane, after mayor Stevens Mokgalapa was put on special leave.

“Councillor Tau has been serving as a member of the city’s mayoral committee (MMC) for utilities since March 2019, as well as the DA Gauteng north regional chairperson since October 2017, and has been a long-serving ward councillor prior to that,” DA Gauteng leader John Moodey said on Thursday.

He said Mokgalapa had taken special leave to allow the DA’s federal legal commission to conclude its investigation into recent allegations against him.

TimesLIVE reported that Mokgalapa made headlines at the weekend when an audio recording, purportedly of him and transport MMC Stella Senkubuge having a discussion, went public.

In the 30-minute clip, reportedly recorded in Senkubuge's Hatfield office, two voices can be heard discussing which government officials to fire, including the city's chief of operations, James Murphy.

The pair also talked about former mayor Solly Msimanga's policies, describing them as “stupid”, while the city’s speaker, Katlego Mathebe, is called a “witch”.

Mokgalapa and Senkubuge both say that the intimate part of the recording, in which an alleged relationship between them is discussed, was doctored.

They have laid charges of invasion of privacy and blackmail against unknown individuals at the Brooklyn police station.

Moodey expressed confidence in the acting mayor. “Together with his mayoral team, he will continue to deliver efficient basic services to the residents of Tshwane and ensure that other services rendered to residents are not affected,” he said.

The DA is investigating its Tshwane mayor, Stevens Mokgalapa, and MMC for roads and transport, Sheila Senkubuge, after an audio clip, purportedly of ...
Politics
1 year ago

Tshwane mayor Stevens Mokgalapa "must fall on his sword and resign" over a leaked audio recording, the ANC demanded on Monday.
Politics
1 year ago

The EFF’s Tshwane caucus on Monday submitted an urgent motion of no confidence against mayor Stevens Mokgalapa - and called on other political ...
Politics
1 year ago