BLF deputy president: 'We are not amending our constitution for white people' 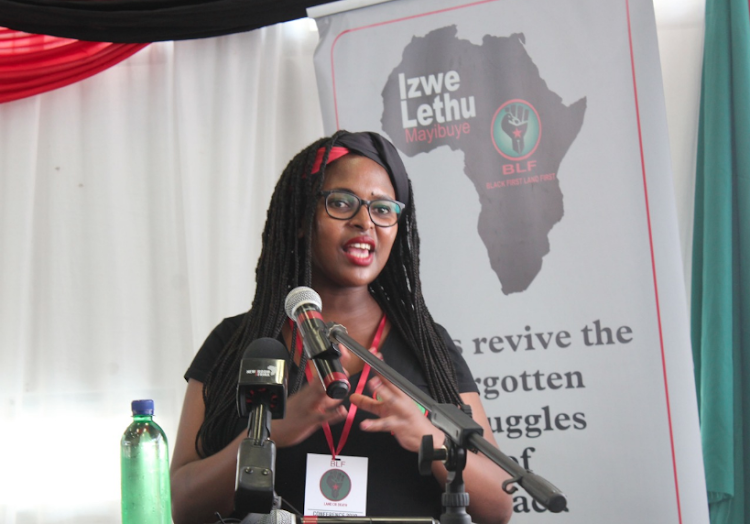 BLF deputy president Zanele Lwana says the party's constitution was amended to meet IEC requirements and none of the resolutions made at the recent policy conference welcomed white people to join.
Image: Twitter/Zanele Lwana

Black First Land First (BLF) movement deputy president Zanele Lwana says the party is not amending its constitution for white people, but rather to meet the requirements of the Independent Electoral Commission (IEC).

We are not amending BLF constitution for white people. We are amending to meet requirements as expected by Independent Electoral Commision. We are not going to allow BLF to not be registered as a political party because racists say so.

There is paper work and there is reality.

The changes came with a few conditions for "non-black" people who wish to join the movement. They include agreeing that “SA belongs to black people” and that “whites arrived in SA in 1652 and are therefore not indigenous people of this country”.

Lwana said none of the resolutions made at the policy conference welcomed white people to join the BLF.

Wonderful news for whites: you can join BLF - but Ts&Cs apply

The Black First Land First (BLF) party has opened up membership to all - but with strict conditions.
Politics
2 years ago

Leader of failed BLF party Andile Mngxitama has taken shots at the EFF and its leader, Julius Malema.
Politics
2 years ago

ATM founder Mzwanele Manyi will soon get a stylist who will help him 'decolonise' his style.
News
2 years ago