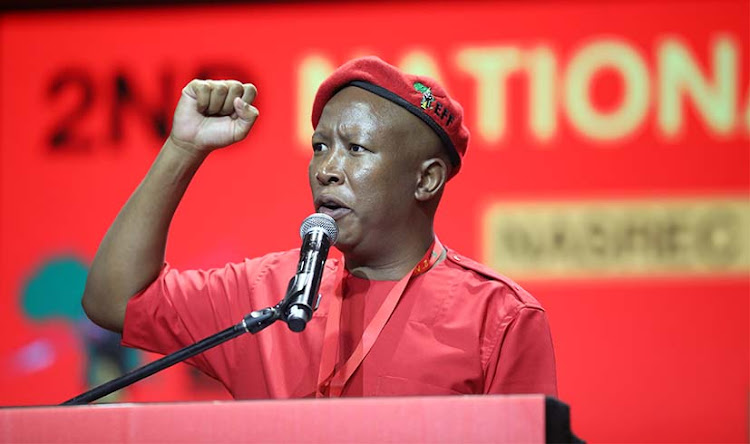 EFF leader Julius Malema has lashed out at his party colleagues, saying some who are elected into positions are not loyal to the EFF but to the positions they hold.

Addressing the party’s national people's assembly, Malema was harsh on the shortcomings of his colleagues.

“The EFF [central command team (CCT)] committees are not fully functional and despite being assigned to specific tasks, most commissars sitting in front here do not do anything in relation to their CCT portfolios. We must not lie,” said Malema.

He said the conference should note that most of those deployed in leadership positions were not loyal to the EFF.

“You are going to see it when this conference finishes. Some of them are not going to be elected and they are going to start insulting the organisation after not being elected,” said Malema.

Thousands of EFF members were making their way into the Nasrec Expo Centre in Johannesburg on Saturday morning ahead of the party's elective ...
Politics
2 years ago

He said the EFF had not built capacity to win by-elections and municipalities.

Malema said some leaders could not even articulate EFF vision and standpoints with clarity.

“It is so disappointing that you have a national leader of the EFF who can't articulate EFF standpoints and vision on anything with clarity.

“I hope this conference will not use the CCT as a dumping area for mediocre, you must provide us with the best of the best,” said Malema.

He further criticised the party’s branches saying they didn't meet regularly and were not involved in community struggles.

“That's why when there are by-elections you don't win wards because most of you are not known by your communities,” said Malema.

He said some provincial and regional structures were directionless and did not meet as was expected of them.

He further criticised the party’s student command, saying it did not have a life of its own and depended on the EFF mother body.

ANC worse than apartheid regime when it comes to SOEs: EFF's Floyd Shivambu

The ANC has done worse than the apartheid government in their mismanagement of the state-owned companies.
Politics
2 years ago