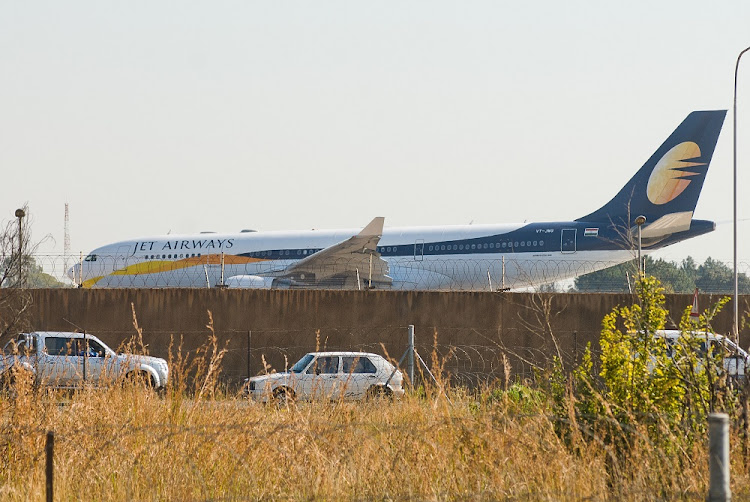 The Gupta wedding party aircraft that landed at Waterkloof Air Force Base. The former movement control officer for the base told judge Raymond Zondo she believed the landing had been sanctioned by then president Jacob Zuma. File photo.
Image: Sunday Times/Waldo Swiegers

Col Christine Anderson, former movement control officer at Waterkloof Air Force Base, did not question the landing of the Gupta plane in 2013 because she understood it had been sanctioned by then-president Jacob Zuma.

Anderson was testifying before the Zondo commission on Tuesday about the illegal landing of the aircraft filled with guests attending a wedding at Sun City.

Deputy chief justice Raymond Zondo grilled Anderson for about 30 minutes without winning on a simple question: "When did you realise there was something wrong with the landing of the plane?"

Anderson stumbled on this for most of her testimony until conceding it was Bruce Koloane who told her the landing had the blessing of Zuma. After this call from Koloane, she employed what she had always done in her job to never embarrass the president by not questioning the incident.

"With my discussions with ambassador Koloane, every time I spoke to him, he mentioned that our president [Zuma] was aware of this flight," she said.

"When ambassador Koloane constantly referred to the knowledge of the president of this flight, I felt that, in my position, I could not query."

Zondo told Anderson that not wanting to embarrass the president did not mean one must not question "improper" things.

"Chairperson I was under the impression this was the wish of the president," she responded.

Home affairs minister Aaron Motsoaledi has revealed that some of the Gupta family members have been trying to get their SA passports renewed.
Politics
2 years ago