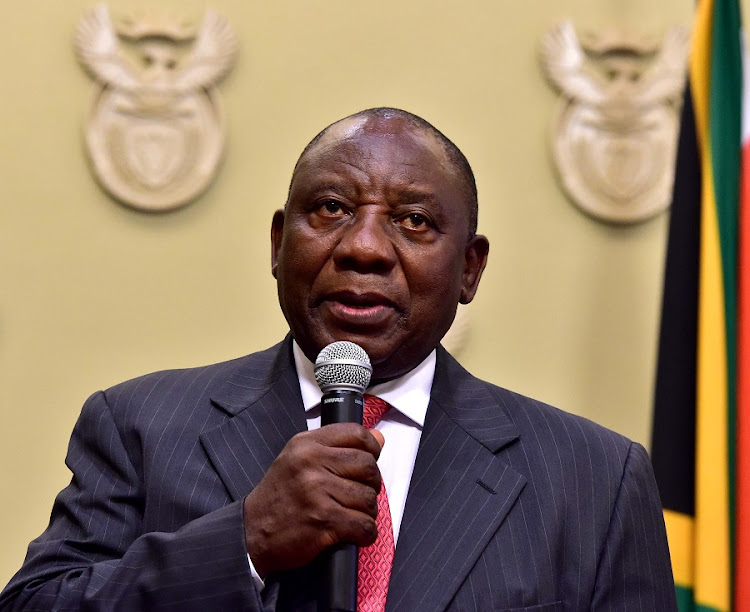 President Cyril Ramaphosa is the “true target" of those calling for the dismissal of Pravin Gordhan, according to a group of ANC veterans.
Image: ELMOND JIYANE

A group of ANC veterans have come out in support of public enterprises minister Pravin Gordhan, claiming that the real target is President Cyril Ramaphosa.

There has been increasing pressure on Ramaphosa from inside and outside the ANC alliance to remove Gordhan.

Deputy president David Mabuza last week said he believed Gordhan and the Eskom board had misled Ramaphosa when they told him there would be no rolling blackouts before mid-January. This was followed by Cosatu calling for Gordhan’s removal.

There have also been calls for Ramaphosa to place Eskom under the control of mineral resources and energy minister Gwede Mantashe.

Numsa and NUM to picket at Eskom, call for Pravin Gordhan to be fired

The group of veterans - which includes Frank Chikane, Mavuso Msimang, Cheryl Carolus, Wally Serote and Sydney Mufamadi - on Wednesday said they were “appalled” by the utterances of those who had couched a political assault on Gordhan in “insincere concern” over the crisis at Eskom.

“The true target of those ANC politicians and their fellow travellers who are leading the attack is President Cyril Ramaphosa,” they said.

“A convergence, or ‘unity’, of these individuals and organisations is indeed under way and is self-evidently designed to bring about the removal of a president committed to rehabilitating the country’s institutions and eliminating corruption.”

Gordhan has been in the crosshairs of some factions in the ANC, as well as the EFF, from day one in his role as chief corruption buster. The campaign now enjoys much broader support, with numerous ANC insiders deeply critical of both his failure to turn Eskom around and his political and leadership style.

President Cyril Ramaphosa says there is no “schism” between himself and deputy president David Mabuza over the load-shedding crises at Eskom.
Politics
2 years ago

The pro-Gordhan stalwarts said the proposal to shift control of the ailing power utility was impractical, especially at a time of institutional instability, and was a manoeuvre to undermine and politically weaken Gordhan.

They said casting blame on the minister for the state of affairs at Eskom was “disingenuous and duplicitous”, as the parastatal’s decades-long management failures were compounded by state capture, aided and abetted by ministers who served in former president Jacob Zuma’s cabinet and those appointed to its board at the time.

“Those clamouring for the head of comrade Pravin Gordhan fool no one. We know, as do most right-thinking members of the ANC and the citizenry, that these elements are engaged in a long-term project of state capture and regard the Ramaphosa presidency as a necessary interval before they are once more in power,” said the veterans.

The group called on Ramaphosa to stand firm and refuse to bend to those in the ANC national executive committee (NEC) and cabinet who would “steal from and cripple the state”.

“There is no ‘unity’ to be had with them. Their ignominious defeat is certain.”

Should he stay or should he go? Pravin Gordhan has Mzansi all a Twitter

Parliament's presiding officers - Speaker of the national assembly Thandi Modise  and Amos Masondo, the chairperson of the National Council of ...
Politics
2 years ago

As I was saying, it was a little reckless of President Cyril Ramaphosa to promise on December 11 last year that there would be no more load-shedding ...
Opinion & Analysis
2 years ago