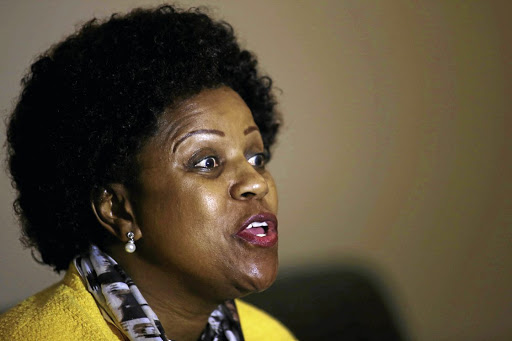 Dudu Myeni has been implicated again at the state capture inquiry, this time by a man known only as Mr X, whose company was allegedly used to siphon money from Mhlathuze Water.
Image: ESA ALEXANDER

The state capture commission heard on Monday how former Mhlathuze Water board chairperson Dudu Myeni was close to a "Mr X", whose company was allegedly used as the bridge of a looting scheme to siphon money from the water authority.

Mr X, who was granted permission to testify in camera, was giving testimony from a secret location. He gave details on how Mboniseni Majola, an engineer at Mhlathuze Water, played a central part in the scheme.

Mr X said he had known Myeni for a long time, since well before their dealings with the scheme, which happened between 2013 and 2016.

"I knew Dudu Myeni as the chairperson of the Mhlathuze Water board at the time, but I knew her from long ago, because we worked together at some point. We ended up being relatives because our friendship had grown very close and stronger," he told the commission.

Zondo commission evidence leader advocate Kate Hofmeyr on Monday broke down in tears while presenting an application for a witness who wants his ...
Politics
2 years ago

According to Mr X, he was approached by Majola, whom he also knew. Majola allegedly introduced to him the scheme, which would see his company, Isibonelo Construction, invoice the water board and other entities, before transferring money to other companies.

He said he did not know the companies he invoiced, nor those he paid.

He said Majola would come to his office and help his secretary to draw up the invoices by typing in the scope of work and amount.

"Mboniseni Majola came up with the scope of work. He would personally collect the invoice from my office," said Mr X.

"He would come with a piece of paper with a description of what the invoice must pertain - the scope of work, amount. I never did any of that work [I was paid for].

"After he took the invoice and the payment came in, I would call to alert him and wait for his instruction on what was to happen next."

Mr X will continue his testimony on Tuesday morning.

His company was paid R2m, but he barely remembers anything.
Politics
2 years ago

Allegations stack up against Dudu Myeni in 'delinquent director' case

Former SAA chairperson Dudu Myeni allegedly sent a fake letter to Airbus, a move that stalled a deal that would have saved the airline millions each ...
News
2 years ago

'I wasn't a minister, so why blame me?' — former SAAT head at Zondo commission