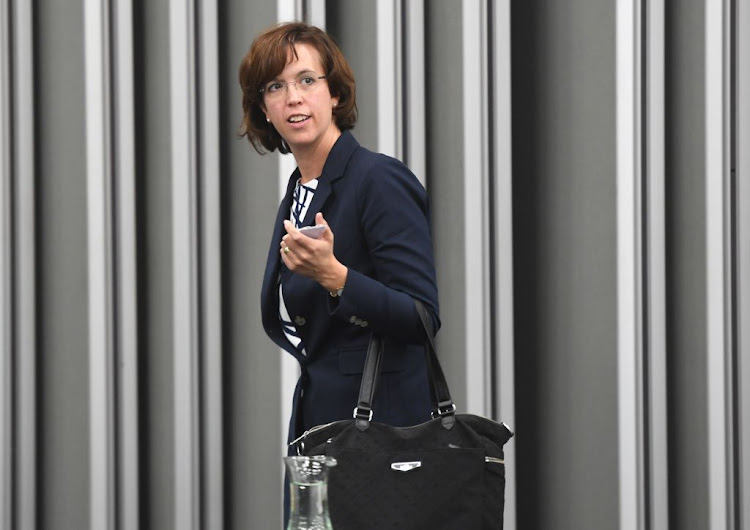 Zondo commission evidence leader advocate Kate Hofmeyr on Monday broke down in tears while presenting an application for a witness who wants his identity shielded, as he fears for his life.

The incident happened while Hofmeyr was submitting her opening remarks about evidence pertaining to the Mhlathuze Water Board.

“His evidence will be heard by the public and everyone in this room, but if he succeeds in his application [to give evidence in camera], he will not have his name or his appearance publicly revealed,” said Hofmeyr in a trembling voice.

“The witness is unrepresented and it is for that reason that the legal team of the commission will move his application.

“The witness is currently deposing to an affidavit clarifying this. What he seeks is that he be referred to as Mr X and similarly any reporting on his evidence be referred to in that manner.

“As of Saturday, he was placed in the custody of those services (security protection) and he was only able to meet the legal team for the first time yesterday.

“After that meeting, his application was finalised and, chair, within minutes of that, finalisation notice was given to persons he will implicate in giving his evidence. And the notice was given to Mr Thalente Myeni, his mother Ms Duduzile Myeni and to former president Jacob Zuma, and all their notices went to their lawyers as they are on record being legally represented.”

Thalente Myeni is giving evidence at the commission, while Mr X's application will be heard in full later, after a supplementary affidavit is disposed of, said commission chairperson deputy chief justice Raymond Zondo.

The Zondo commission will hear testimony related to allegations of corruption at Mhlathuze Water on Monday.
Politics
1 year ago
Next Article