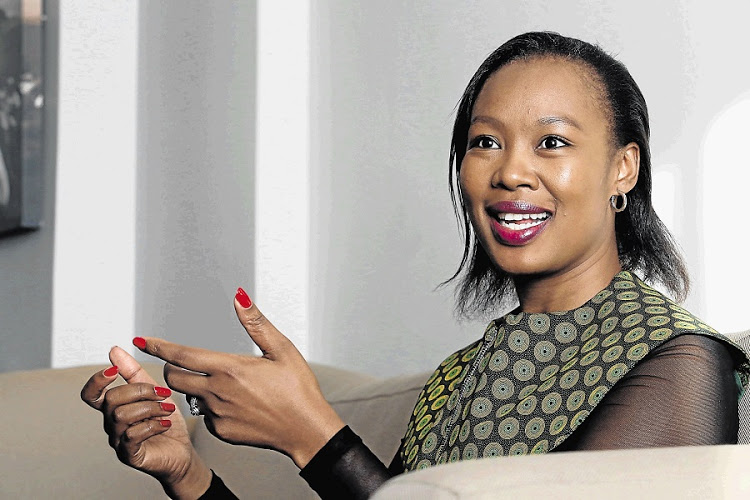 Communications minister Stella Ndabeni-Abrahams was slated on social media on Wednesday for saying during an eNCA interview that she and her husband Thato Abrahams had never been to Switzerland - but had only been to Geneva.

Geneva is a city in Switzerland.

However, Ndabeni-Abrahams swiftly sought to clarify the error, saying in a statement she meant to say that she and her spouse had never been to France, and had been to Switzerland - and, subsequently, New York - on official state business in line with government protocols.

Hay seriously you didn’t see that I made and error? Ndibhudile bandla 😂😂😂

The gaffe came during an interview with eNCA anchor Xoli Mngambi on Wednesday. The wide-ranging interview ended on a question about whether the minister took her husband on an international jaunt to Switzerland and the US in September 2019 as part of their seventh wedding anniversary celebrations - as was claimed in an article by the Sunday Independent.

The article - which Ndabeni-Abrahams rejected in a statement at the time - claimed that the minister abused state resources when she took her husband to Geneva without permission from President Cyril Ramaphosa.

Communications and Digital Technologies Minister Stella Ndabeni-Abrahams has rejected a media report claiming that taxpayers foot the bill for her ...
Politics
2 years ago

Responding to Mngambi's question, Ndabeni-Abrahams said she had “never been to Switzerland”.

“I went to Geneva and New York for the task that I am expected to do,” Ndabeni-Abrahams told Mngambi.

The Minister Of Communications

Says that she did not go to Switzerland with her husband but she took him to Geneva.

In her response to the article last month, Ndabeni-Abrahams said the fact that the Geneva trip coincided with her anniversary was of no consequence, as public funds were not used and/or misused for this purpose.

The article had also claimed that her husband took a chauffeur-driven car to Paris, France, to go shopping. It was this point she was trying to refute during the eNCA interview, when she made the bungle.

Ndabeni-Abrahams said in a statement on Wednesday that she erroneously referred to Switzerland instead of France.

“I profusely apologise for this error as I meant to say that we had not been in France in that particular instance, but in Geneva, where Mr Abrahams had accompanied me on an official trip in line with the Ministerial Handbook.

“This is informed by previous misleading media reports that had indicated that during this trip, Mr Abrahams travelled to France,” she said.

Questions over Pinky Kekana's role in R300m IT tender switch

Deputy communications minister Pinky Kekana's name has been dragged into a dispute over a R300m IT tender.
News
2 years ago