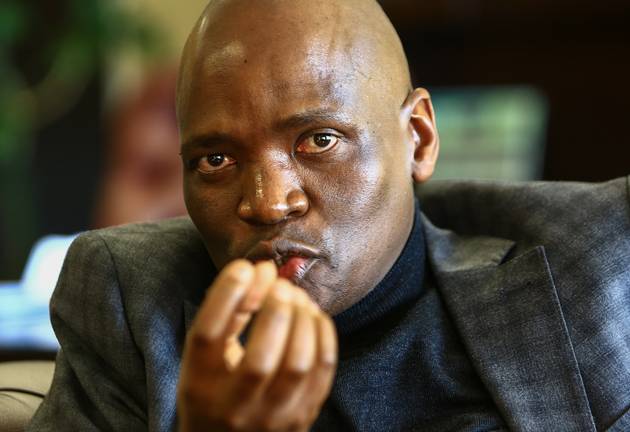 Former SABC CEO Lulama Mokhobo on Wednesday told the Zondo commission how Hlaudi Motsoeneng boasted about his proximity to former president Jacob Zuma to bully executives and the board at the public broadcaster.

It was for this reason that Motsoeneng unilaterally signed a deal with MultiChoice in 2013 which robbed the SABC of hundreds of millions of rands of potential revenue.

Mokhobo said Motsoeneng flexed his muscles to the point of telling people that he frequently visited Zuma and would sometimes only leave at 2am.

Motsoeneng apparently opposed the government's digital migration strategy, which would have seen the SABC move into the age of digital terrestrial television (DTT), which was going to enable households with TV sets to connect through set of box (STB) decoders.

But because the move would have threatened the dominance of Pay TV channels, said Mokhobo, Motsoeneng became their “soldier” at Auckland Park, intimidating and purging everyone who agreed with the government's policy on digital migration.

Finance minister Tito Mboweni has continued to pour money into loss-making SAA, this time allocating more than R16bn to the cash-strapped national ...
Politics
2 years ago

Mokhobo said the professional relationship with Motsoeneng soured from the onset when she joined the institution.

She said even the SABC at the time, which had initially defended Motsoeneng's “disruptive style of leadership”, woke up to the reality that he was a “very, very dangerous man” when he wanted individuals removed by wrongly suggesting they were implicated in improper conduct.

The memorandum of agreement Motsoeneng entered into with MultiChoice injected only R500m into the public broadcaster, which according to Mokhobo, was “too little” compared to the revenue the SABC would have generated by going digital.

Mokhobo created a scenario of how much SABC would have made last year had it gone the DDT route instead of continuing with its channels being hosted on DStv.

She said the SABC, with a monthly subscription of R40 for an STB decoder, would have collected more than R1bn just last year, a period in which DStv subscription revenue in the country was R40bn, thanks in part to people who had subscribed to access SABC channels.

The blame, she said, should be laid squarely at the door of Motsoeneng who favoured MultiChoice at the expense of the SABC.

“There were people who reported to other important people in powerful places and they would throw their weight around and impose their will,” said Mokhobo.

“He [Motsoeneng] had told me many times how he was close to the president [Zuma] and how he had stayed at the president's house until 2am.

“Then there would be ministers coming into the SABC to meet Mr Motsoeneng and not me, which was strange as I was the head of the company.”

Mokhobo said this proved to her that there were a lot of “agendas and sub-agendas” at the public broadcaster and she clearly did not fit into any of them.

She said Motsoeneng had made several attempts to “discard me” for her principled stance on the MultiChoice deal and at some point she was named “w.w.w”, standing for “wafika, wadla, walala”, loosely translated, “she came, ate, and went to sleep”.

“Motsoeneng was making it very difficult for me to work and frustrated everything that I  did to render me incompetent, blocking staff from submitting documents ... A SizweNtsalubaGobodo evaluation was done on the SABC and in it they spoke of two centres of power, one perceived to be the CEO and the other the COO,” said Mokhobo.

“DTT rollout stalled completely and it was critical and urgent.

“Mr Motsoeneng was very, very dangerous. He made it absolutely impossible for me to do my work.”

The Labour Court on Friday dismissed an application launched by the SABC to have a number of appointments it deemed irregular declared invalid and ...
News
2 years ago

21 quotes from Hlaudi Motsoeneng that made him a household name

Here are some of the quotes from Motsoeneng which have made him a household name.
News
2 years ago

'I swore at him, the meeting got really heated': Yunus Carrim on Koos Bekker

There was no love lost between former communications minister Yunus Carrim and Naspers group chair Koos Bekker at a 2014 meeting, the state capture ...
Politics
2 years ago