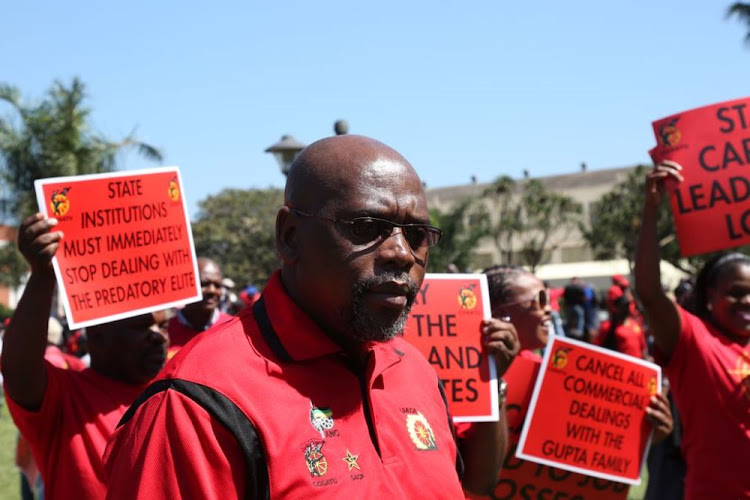 Cosatu has warned the government that it will have “egg on its face” for wanting to cut the public sector wage bill, saying its behaviour in the saga was worse than the apartheid government's.

The SA economy is in trouble and the public sector has made it clear that it is not happy to bear the brunt of the decline.

In this week's Sunday Times Politics Weekly podcast, the team is joined by Business Day journalist Mudiwa Gavaza. They get into the nitty-gritty of the politics that will follow finance minister Tito Mboweni's 2020 budget speech.

PODCAST | Sona and its fallout: who runs parliament in 2020?

It has been a dramatic political week for SA. There have been accusations of murder, claims of abuse, insults flung and histrionic walkouts. This ...
News
1 year ago

The Sunday Times Politics Weekly podcast is back on your streaming apps to bring you up to speed.
Politics
1 year ago

In the final episode of Sunday Times Politics Weekly, the politics desk covers the biggest political stories of the year
Opinion & Analysis
1 year ago