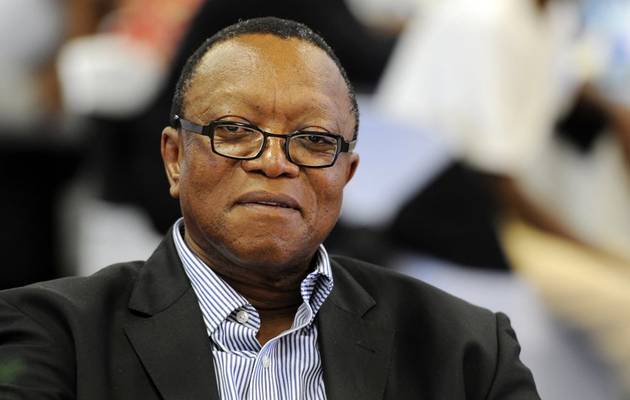 He said it all started in 2015 when Molefe met Moodley for the first time — a meeting on foreign soil. This was in Berlin, Germany, at a rail exhibition attended by global industry players.

Molefe was invited to the event by Prasa CEO Lucky Montana. Moodley stayed at the same hotel as Molefe, on the same floor.

When Molefe made his way to the exhibition venue, there were three men standing at the entrance — one of them was Moodley. Molefe said he was stunned how Moodley knew which entrance he was going to use since the venue had several entry points.

“Clearly somebody had told Mr Moodley which entrance I was going to be using because clearly he was waiting for me.

“They [Moodley and the two men] presented themselves as if they were hosting me.”

They then invited Molefe to their stand but he claimed to have refused.

It was at this event that Molefe learnt that Moodley was very close to Prasa management, he said.

Back in SA, Molefe asked about Moodley.

He recalled conversations he had with two Prasa employees.

“One of them said this is 'Mr Prasa'. This gentleman called Mr Moodley owns Prasa. Another one said Prasa is his farm. You know a farm, when it is harvesting time you come to harvest,” said Molefe.

“At a later stage I did say to Mr Moodley, 'I see you to be very close to management and it is not good for you, keep the distance.'”

Moodley was relentless in trying to capture Molefe, he claimed before the commission.

He invited him to his golf event in Durban as well as the Durban July — but Molefe said he did not go.

Furthermore, when Molefe was not invited to the state of the nation address in 2016, Moodley said he would organise him an invite. Molefe refused the offer, he said.

The attempted capture did not stop here, Molefe claimed.

An avid golf player and attendee of the US Masters golf event, Moodley in 2015 said to him “do nothing, I will bear all the costs”.

Molefe said he refused this offer too and instead speedily did the booking for himself.

“I did not need anybody paying for me. I had been doing it and by that time it had been 10 years,” said Molefe.

After this, Molefe decided to cancel his trip and “hearing that I was not going, Mr Moodley said, 'I am also cancelling'".

Molefe said he cancelled because Moodley had told him that he wanted them to discuss business during the flight to the US which proved to him that Moodley never had any intention to attend the Masters in the first place but wanted to capture him.

Molefe said he viewed Moodley's attempts as part “of the modus operandi of those who intend on capturing people, they target decisionmakers”.

Also, Moodley had apparently told some businessmen in a meeting that was held in Spain that he needed money to pay for Molefe and his family's US Masters costs.

Moodley had also rocked up unannounced and unaccredited at a gold event organised by Molefe but was sent packing, he told the commission.

Lucky Montana did not reveal to the Popo Molefe-led Prasa board that he was being investigated by Public Protector Thuli Madonsela until the day he ...
Politics
1 year ago