Image: Sunday Times/Esa Alexander A 40km-long fence costing more than R37m will be erected at Beitbridge.

A new 40km fence will be erected at the Beitbridge border post as one of the emergency measures that the government is implementing to mitigate the spread of coronavirus in SA.

Public works and infrastructure minister Patricia de Lille said the 1.8m-high fence would span 20km on each side of the border post, separating SA from Zimbabwe. The fence will cost R37.2m.

A contractor was appointed on Wednesday and the fast-tracked project is expected to be finished within a month.

“This is to ensure that no undocumented or infected persons cross into the country and vice versa, in line with one of the measures announced by President Cyril Ramaphosa in that South Africa’s borders and ports are to be secured with immediate effect,” said De Lille.

Ramaphosa announced on Sunday night that 35 of the 53 land entry points would be closed. De Lille said this measure would, however, not be effective if the fences at the border were not secure. In many places, they were not.

She therefore invoked the Disaster Management Act for emergency procurement procedures in relation to the erection and repairs of the border fences, east and west of the Beitbridge border post.

Due to this being an emergency, the contractor has been instructed to substantially increase the number of teams deployed and the rate of delivery.

De Lille was at pains to stress this was being done in the interest of South Africans and Zimbabweans. “We are certainly not xenophobic. We have had thorough consultations with all the countries that are our neighbours,” she said.

“What is important for SA is to protect our own citizens and people coming into our country because at the border post now, you've got health inspectors and you've got environmental professionals and they are doing the testing and screening at the border. But if somebody just walks over the border, there are no such facilities,” she added.

De Lille said they already had people repairing fences around all the borders but the emergency measures were due to the high volume of people coming and leaving the country through the Beitbridge border post.

Meanwhile the department of public works and infrastructure has so far identified 37 properties across the country that are owned by the department that could be used as quarantine sites. Some of these sites will be available to people living in informal settlements where there are no such facilities available, said De Lille.

De Lille said her department had been instructed to have quarantine centres in all 44 districts and eight metropolitan municipalities in the country.

They have then identified buildings that could be made available for the purpose of quarantine. And in areas where they don’t have buildings, municipalities and provincial governments will step in.

Most of the identified properties are empty, she said. “But you find the two hospitals in the Free State for instance, they are running at a very low capacity at the moment, so they are able to free up part of the building for the quarantine centre, while they still use part of the building for normal illnesses and people coming into the hospital.”

The Free State public works department has identified the Trompsburg and Ladybrand hospitals as possible sites, as they are currently used well below capacity.

The KwaZulu-Natal department of public works said properties were available for use as quarantine sites in Durban North, Pietermaritzburg, Richards Bay and Port Shepstone.

The North West government said it could avail more than 130 sites across the province,  including four hospitals. 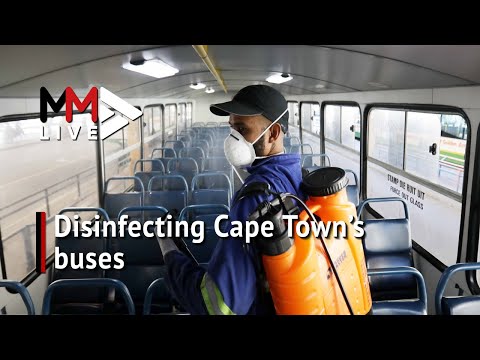