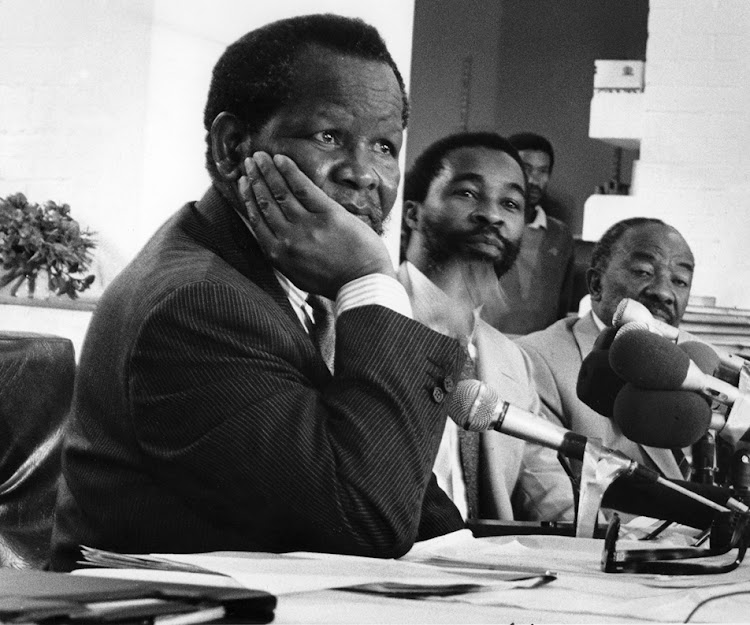 ANC secretary-general Ace Magashule has appealed to members of the ANC Youth League not to tone down their radical posture in the name of respect for elders.

Magashule was delivering a two-hour long online memorial lecture on Friday on the  anniversary of the death of the party's longest serving president, Oliver Tambo.

He said just like the ANCYL of Tambo's generation which took on the leadership of the ANC parent body in the late 1940s, the youth must never be apologetic for seeking to radicalise the ANC.

The ANC has called for an effective stimulus package that will enable the government to effectively respond to the Covid-19 crisis.
Politics
2 years ago

The former Free State premier recalled how the youth league of Tambo, Anton Lembede, AP Mda, Nelson Mandela and Walter Sisulu, among others, had radicalised the ANC by force.

It was during the 1948 ANC conference that the youth league, five years after its formation, forced the ANC parent body to adopt its militant programme of action.

The then-ANC president, AB Xuma, had been opposed to their plans, and the youth league had decided not to support his re-election unless he threw his weight behind their programme.

It was at this stage that Tambo led a proposal to convince James Moroka to contest for the position of the president of the ANC backed by the ANCYL.

And he won, leading to the conference adopting the ANCYL-sponsored programme of action.

Magashule said the youth league of today must follow Tambo's example and "radicalise the ANC".

"This is the role of the ANCYL and that even today the youth league has that role, that is why as ANC leadership we need to understand the nature and character of young people.

"Sometimes we say they are disrespectful when they express themselves like Oliver Tambo, Nelson Mandela and Walter Sisulu in the 40s.

"So when we see young people doing these things, we think they are mad when they enter that area of influencing the leadership of the ANC into the future ... ."

Magashule lauded Tambo as the greatest leader the ANC ever produced, one who had an ear for all ANC members, regardless of rank and status, and one who championed women's emancipation.

The ANC's parliamentary caucus will contribute just over R5,3m to the Solidarity Fund established to fight Covid-19.
Politics
2 years ago

The ANC on Monday came out strongly against members who have defied lockdown regulations, looted food parcels and corrupted government procurement ...
Politics
2 years ago

The ANC has distanced its self from face masks bearing the party's emblem and called on those producing them to stop.
Politics
2 years ago