Government wants to be in charge of university laptops procurement 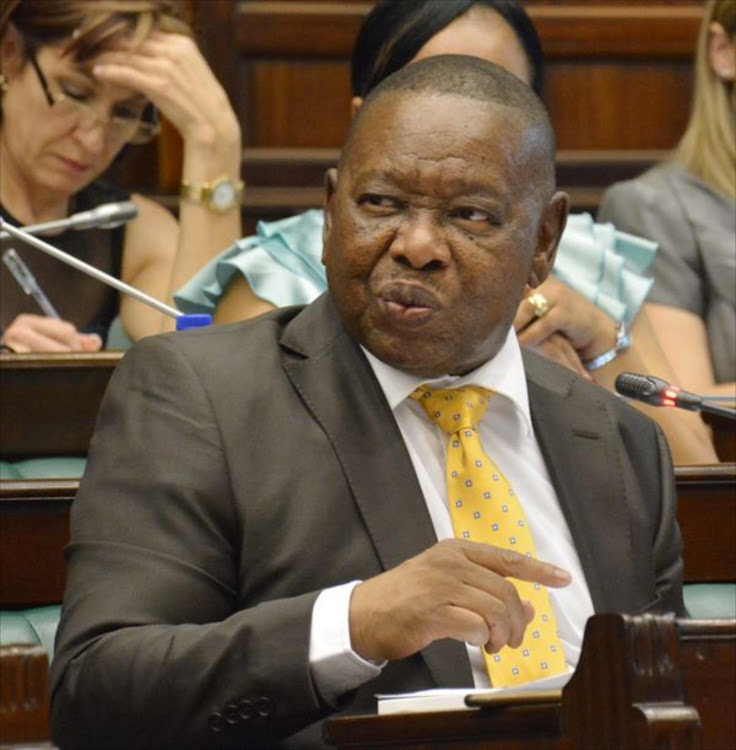 Minister of higher education Blade Nzimande believes procurement of laptops for students at tertiary institutions should be centralised and controlled by the government.
Image: Gallo Images

The government wants to centralise procurement of thousands of laptops and tablets for tertiary students who need to access online learning as lockdown restrictions keep campuses under lock and key.

Higher education minister Blade Minister confirmed to a briefing of parliamentary committees on Thursday that all tertiary students who are funded by the National Student Financial Aid Scheme (NSFAS) and are registered at public universities and at technical and vocational education and training (TVET) colleges in 2020, will have access to an appropriate digital device to support them to complete the 2020 academic year.

“We have not reached the stage I would like us to reach. I have said to the department, this is something we need to speed up as quickly as possible,” said Nzimande.

He revealed that he was writing to finance minister Tito Mboweni on Thursday to seek permission for his department to solicit bids from companies that can provide the digital devices.

“Our approach is that we want to procure these devices centrally, that is why today ... I am writing to the minister of finance to give me permission and allow us to call for expression of interest, hopefully as early as before the end of next week, for those who can be able to provide these devices,” he said.

Nzimande said they were acquiring them centrally for TVET colleges and recommending the same for universities, but they would allow those institutions that have already started giving devices out, or think it's better if they provide the devices themselves to do so, provided that “we are convinced that their own individual institutions' plan are in line with our planning”.

Nzimande cited economies of scale as the main reason for choosing centralised procurement, adding that they also don't want a situation, which is normally the case in government, where at one level some would acquire laptops for R5,000 each, while other institutions would claim theirs were acquired for R30,000 each. They also want to avoid “enormous” delays in acquisition and distribution of these gadgets, he said.

“We are starting with the letter to the finance minister today so that we are able to move with speed,” he said.

The minister said NSFAS funded students who wish to access the devices through their institutions will do so, provided that the cost of the device will be offset against their learning material allowance for 2021.

He said the plan is for the devices not to be free and for students to own them, so that they take responsibility for them.

Nzimande said they were aware that it was not only NSFAS funded students who require these devices and while the government cannot commit for the so-called missing middle students, they have made institutions aware of this.

He said they are working with all institutions on the reprioritisation of funds that could be used to buy such devices for students who need them.

Higher education portfolio committee chairperson Phil Mapulane warned that as this was going to be a huge procurement, the minister had to ensure systems are in place for the procurement to be done in accordance with the requirements of the public finance management act.

Meanwhile MPs heard that from June 1, all universities will offer some form of remote multi-modal flexible teaching and learning, supported by approved resourced plans.

The academic year was dependent on the trajectory of the coronavirus pandemic, but it was likely for the year to end during the first quarter of 2021.

The department presented its phased in approach in allowing students to go back to campuses, with the return of final-year undergraduate students in programmes requiring clinical training, beginning with MBChB (medical) students having started this week.

“In terms of university education, we have put together a risk-based plan to save the 2020 academic year and at the same time to save lives,” said Parker.

The final decision for the return of students in these categories will only take place once the Command Council has taken into account all necessary health and other considerations.

Parker said they were looking at 27 weeks of contact teaching and learning after the campuses are fully opened.

MPs heard that students at TVET colleges will only return to on-site learning once the national command council declares the move to Level 3 lockdown.

Lecturers at the North-West University (NWU) and Rhodes University (RU) have opened up about some their experiences and challenges with regard to the ...
News
2 years ago

WATCH | Phased reopening of SA’s education systems: What you need to know

Higher education minister Blade Nzimande on Thursday outlined the plans for the 2020 academic year, including the possibility that it has to extend ...
News
2 years ago